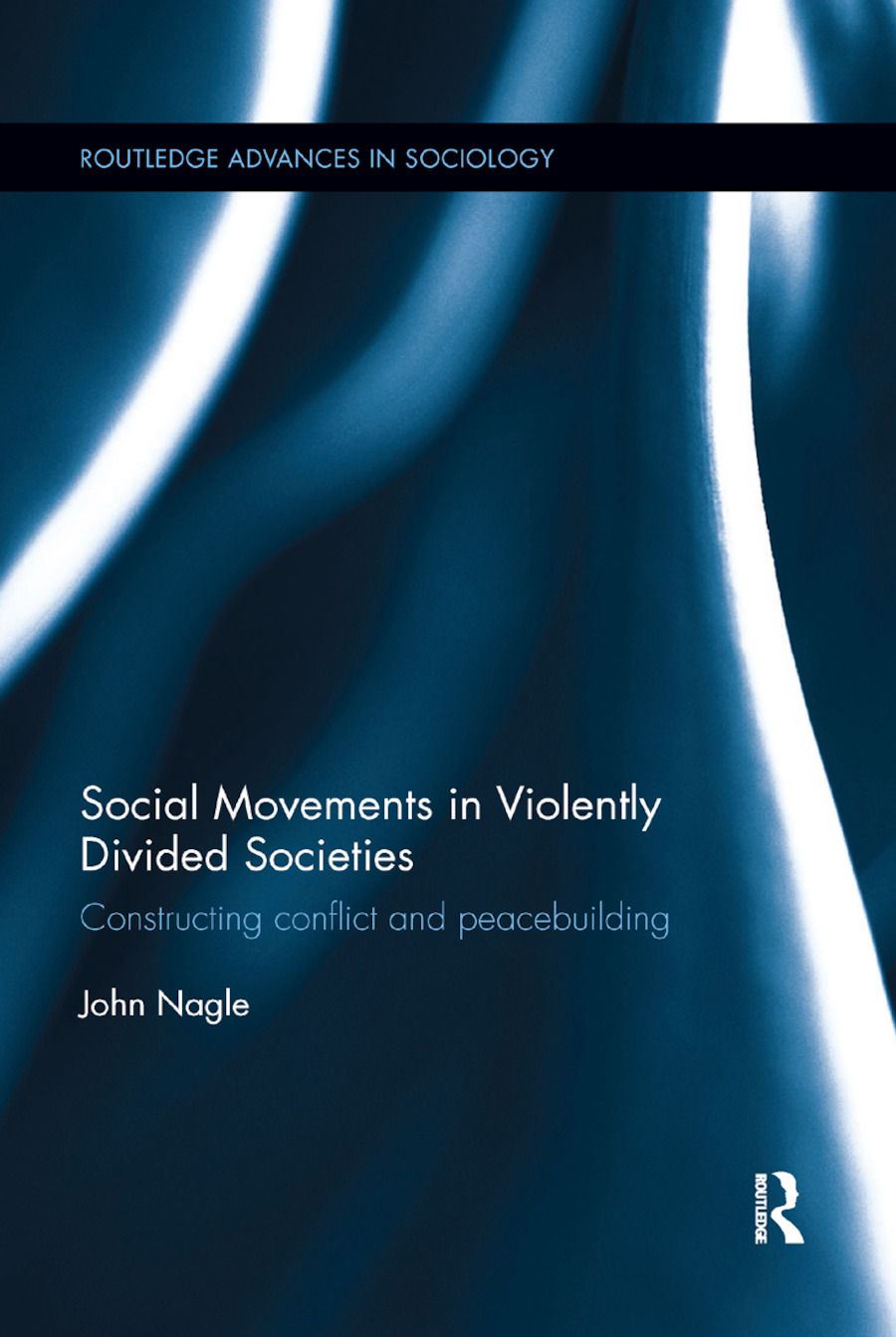 Violently divided societies present major challenges to institutions seeking to establish peace in places characterised by ethnic conflict and high levels of social segregation. Yet such societies also contain groups that refuse to be confined within separate forms of ethnic community and instead develop alternative modes of action that generate shared identities, build trust and foster consensual, peaceful politics.

Advancing a unique social movement approach to the study of violently divided societies, this book highlights how various social movements function within a context of violent ethnic politics and provide new ways of imagining citizenship that complements peacebuilding. By analysing the impact of social movements on divided societies, this book contributes to debates about the complexity of belonging and identity, and constructs a nuanced understanding of political mobilisation in regions defined by ethnic violence. In turn, the book provides important insights into the dynamics of social movement mobilisation.

Based on the author's extensive research in Lebanon and Northern Ireland, and drawing on numerous examples from other divided societies, this book examines a range of social movements, including nationalists, victims, sexual minorities, labour movements, feminists, environmentalists, secularists, and peace movements. Bringing together social theory and case studies in order to consider how grassroots movements intersect with political institutions, this book will be of interest to students, scholars and policymakers working in sociology and politics.

John Nagle is a Lecturer in Sociology at the University of Aberdeen, UK. He has held positions at Queen's University Belfast, INCORE, the University of East London and University College London. He has published three books (including Multiculturalism's Double-Bind and Shared Society or Benign Apartheid?) and a number of articles in leading international journals.