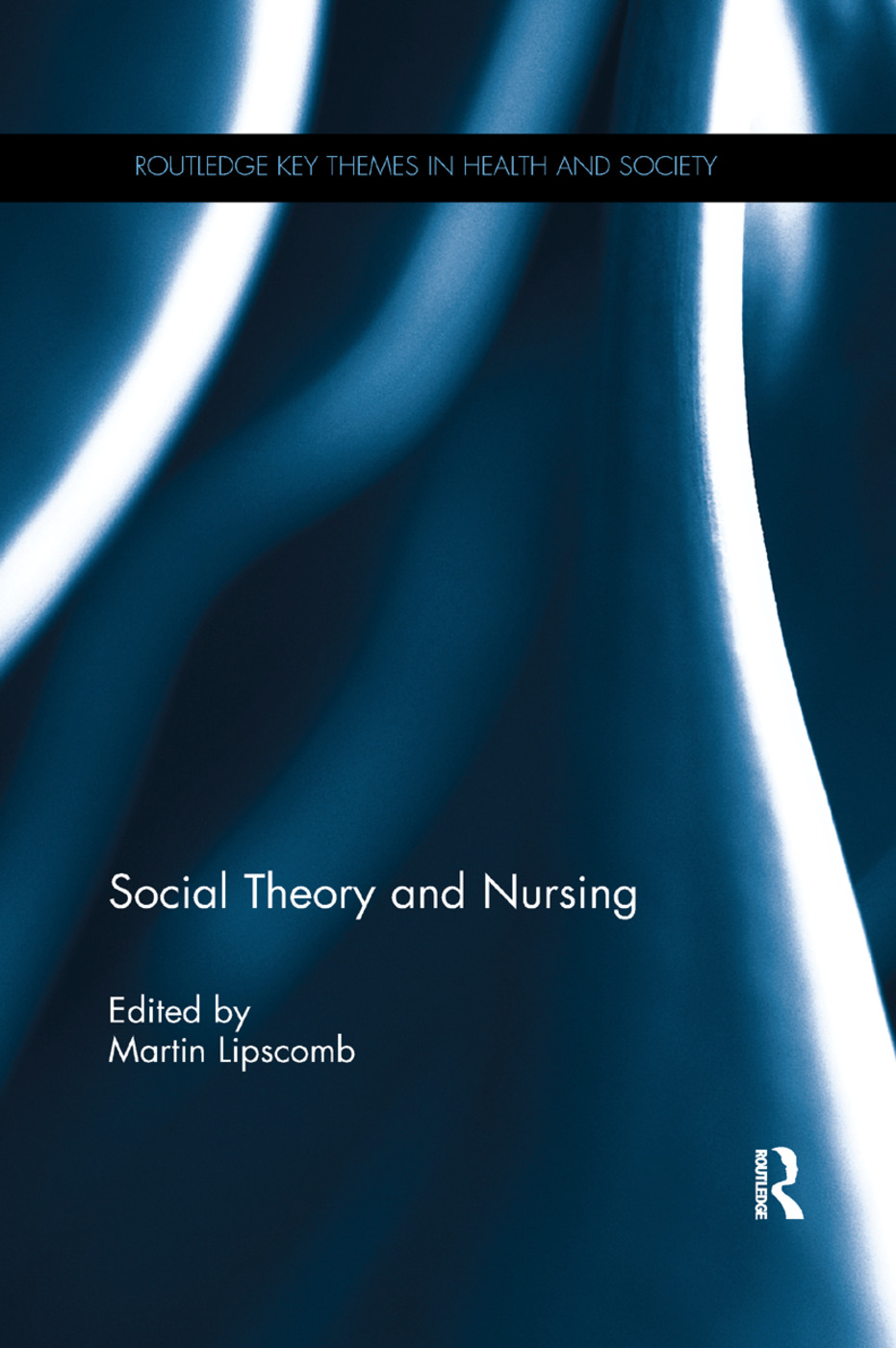 Despite noteworthy exceptions, nursing’s literature largely disregards the ways in which social and sociological theory permeates, guides and shapes research, education, and practice. Likewise, social theory’s ability to position nursing within wider structures of healthcare and educational provision is similarly and puzzlingly downplayed. The questions nurses ask and the problems they face cannot however, adequately be addressed without engaging with social and sociological theory and, to progress this engagement, contributors to this book explore how social theories are used by and might apply to nursing and nursing practice.

The book draws on a wide range of perspectives – philosophical, theoretical, empirical and political – to offer a robust and wide-ranging critique and analysis. Social Theory and Nursing is essential reading for nursing researchers, academics and educators, as well as scholars and researchers in medical sociology, medicine and allied health.

‘This text provides a timely resource for nurses undertaking research with a social theoretical dimension. All too frequently social theory receives insufficient attention in nursing research. Or, when discussed, very specific (often simplistic or incomplete) interpretations of social theory are offered. Contributors to this volume seek to redress this imbalance with concise explanations of key theorists and theories and, also, examples of the relevance of social theory to and in nursing practice. The book is highly recommended.’ - Bernie Garrett, University of British Columbia, Canada

'The strengths of the book include the diversity of scholarship involved from well-known contributors. The attempt to address theoretical misconceptions as they apply to nursing is to be highly commended. There is an urgent need for a much wider understanding of critical concepts to allow nurses to critique contextualise their practice, and this book goes a long way to doing so. I found myself highlighting sections and inwardly nodding away, for example Rolfe on C Wright Mills, Aranda on Feminism, Nairn on the Purpose and Scope of nursing and Porter on Critical Realism. It is about time! Those without any social science grounding might find this literature difficult, which is however kind of one of the points being addressed – the need for a more critical and deeper understanding of social theory and nursing. There was a recognition of the existence of an ‘alien’ literature in its preparation so this is a challenge. However, the chapters are diverse enough to allow readers to start where they feel comfortable before engaging in more challenging material. The wish to stimulate inquiry and discussion is laudable. This is a must read for those interested in the social sciences and nursing, and should be read more widely by the nursing community in general' - Benny Goodman, Plymouth University, UK

Chapter 5. On Cow-tapulting and Raised Drawbridges: An argument for strategic integration of social theory into nursing, Barbara Pesut

Chapter 9. The purpose and scope of sociological theory: implications for nursing, Stuart Nairn

Chapter 12. Feminism and nursing : an un/easy alliance of silences and absences, Kay Aranda

Chapter 13. It’s all in the genre: Sociological speculation and theorizing in the nursing literature, Derek Sellman

Martin Lipscomb is Senior Lecturer in the Institute of Health & Society at the University of Worcester. He is widely published on social theory and research methodology in nursing, including two books, A Hospice in Change: Applied Social Realist Theory (Routledge, 2013) and Exploring Evidence-Based Practice: Debates and Challenges in Nursing (Routledge, 2015).