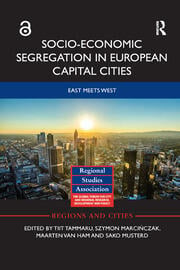 is Assistant Professor at the Institute of Urban Geography and Tourism, Lódź, Poland.

"It will be extremely useful for scholars concerned about general patterns of social inequality as well as specialists studying sociospatial division, gentrification, or segregation (ethnic as well as socioeconomic). The book could also be used to help teach courses on urban sociology and geography, housing studies, or social policy."
Rory Coulter, University of Cambridge, Journal of Urban Affairs

'This well-organized book provides the reader with a feel for the uniqueness of each city and its segregation problem. I especially appreciated the fact that the contributors combined statistical measures of segregation and mapped location coefficients with information on the city’s history, as well as its welfare and housing policies.'