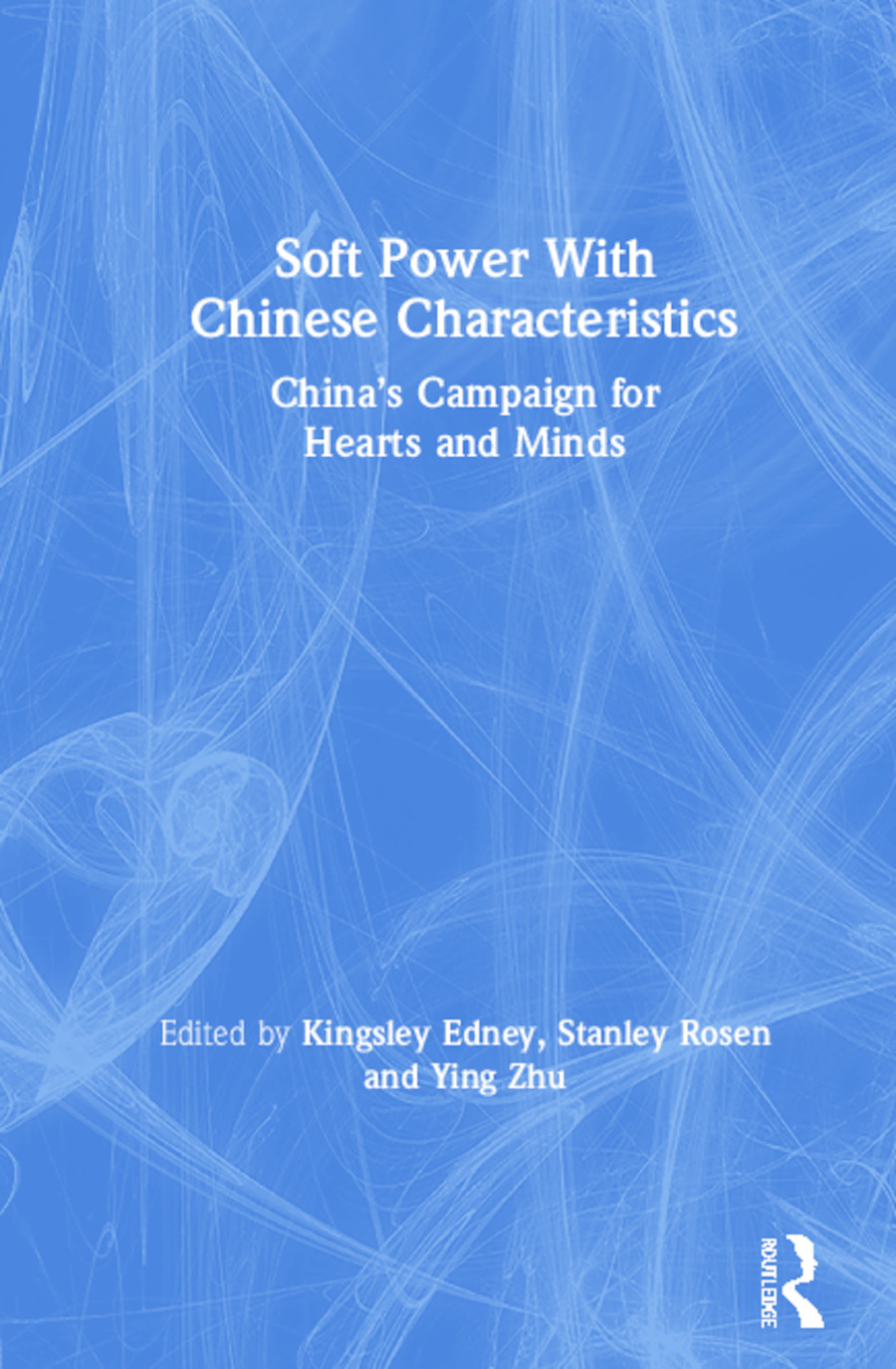 This book examines the Chinese Communist Party’s attempts to improve China’s image around the world, thereby increasing its "soft power." This soft, attractive form of power is crucial if China is to avoid provoking an international backlash against its growing military and economic might.

The volume focuses on the period since Xi Jinping came to power in 2012, and is global in scope, examining the impact of Chinese policies from Hong Kong and Taiwan to Africa and South America. The book explains debates over soft power within China and delves into case studies of important policy areas for China’s global image campaign, such as film, news media and the Confucius Institutes. The most comprehensive work of its kind, the volume presents a picture of a Chinese leadership that has access to vast material resources and growing global influence but often struggles to convert these resources into genuine international affection.

will be invaluable to students and scholars of Chinese politics and Chinese media, as well as international relations and world politics more generally.

"Provides astute analyses of the Chinese government’s efforts to employ soft power as a component of national strategy, alongside coercive actions that undermine the efficacy of these efforts."

"This is the book on the issue of China and soft power that scholars in the field have been waiting for – and one specialists in other areas can benefit from greatly as well. Particularly appealing is how truly global and robustly interdisciplinary it is. The editors did a great job of lining up contributors from four continents and many fields and subfields of the humanities and social sciences, and then shaping the chapters into a nicely coherent set of works that speak to rather than past one another."

Professor Jeffrey Wasserstrom, co-author of China in the 21st Century: What Everyone Needs to Know

1 Projection of China’s soft power in the new century: reconstruction of the traditional Chinese world order

2 The end of China’s rise: consequences for PRC debates on soft power

3 Ironies of soft power projection: the United States and China in the age of Donald Trump and Xi Jinping

4 Vessels of soft power going out to sea: Chinese diasporic media and the politics of allegiance

5 The battle of images: cultural diplomacy and Sino–Hollywood negotiation

7 A decade of wielding soft power through Confucius Institutes: some interim results

8 The dilemma of China’s soft power in Europe

9 The evolution of Chinese soft power in the Americas

10 The Sino–African relationship: an intense and long embrace

Kingsley Edney is lecturer in Politics and International Relations of China at the University of Leeds, UK. He is the author of The Globalization of Chinese Propaganda: International Power and Domestic Political Cohesion (2014) and co-author of Environmental Pollution and the Media: Political Discourses of Risk and Responsibility in Australia, China and Japan (Routledge, 2017).

is Professor of Cinema Studies at the City University of New York, USA, and Director of the Center for Film and Moving Image Research at Hong Kong Baptist University. Her recent publications include Two Billion Eyes: The Story of China Central Television (2013) and Television in Post-Reform China: Serial Drama, Confucian Leadership and the Global Television Market (2008).