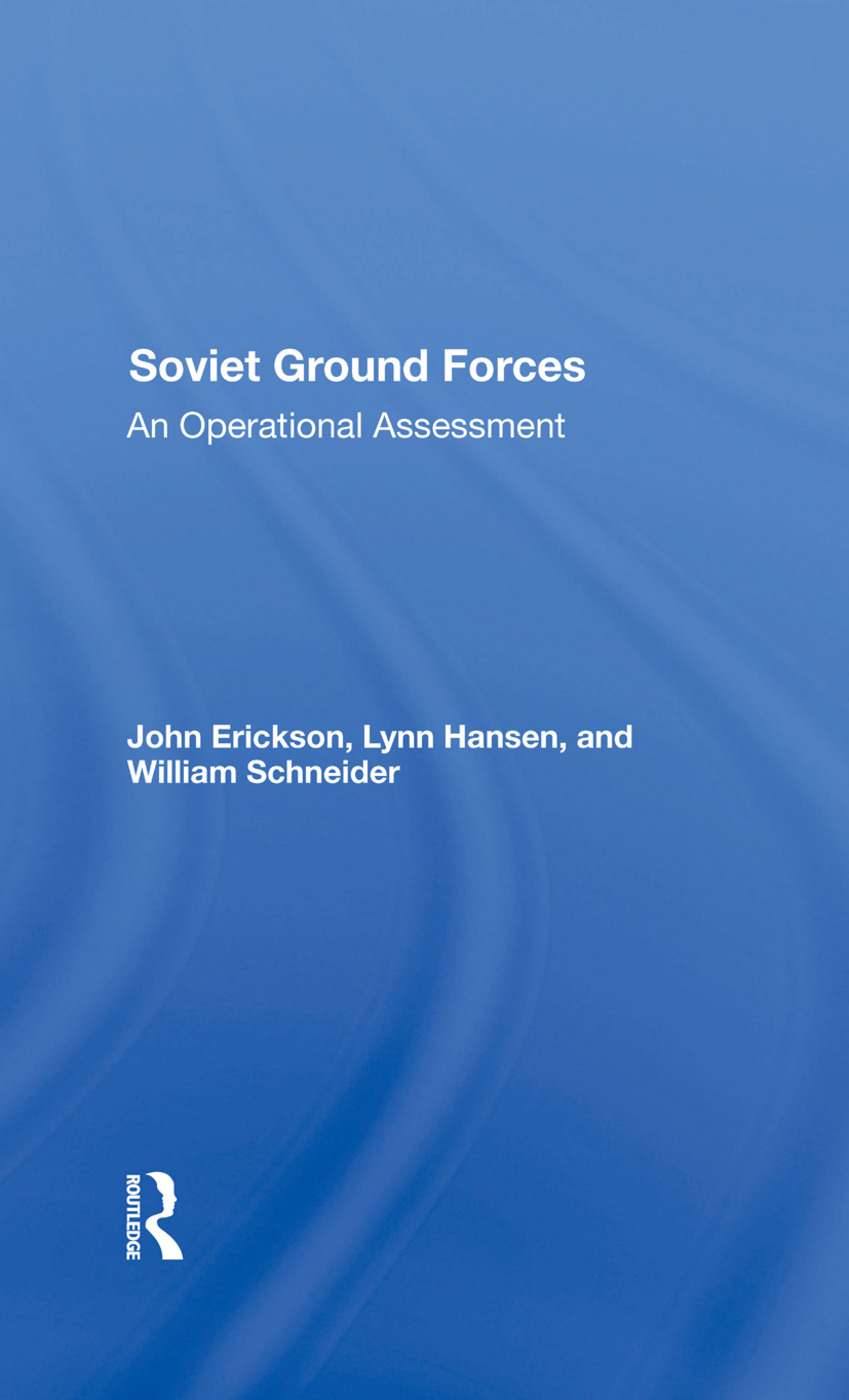 "No book on the Soviet ground forces has been published in any language, including Russian, for many years. This study is the first comprehensive treatment of this central element in the modern Soviet military structure. The dramatically improved Soviet ground forces are the most powerful and dynamic military arm in the world. Highly flexible and easily deployable, they are considered a strategic force in and of themselves."

John Erickson, an eminent authority on Soviet military history, is director of defense studies at the University of Edinburgh. Lynn Hansen is on leave of absence from Texas University as deputy head of the American delegation at the Stockholm Conference on Confidence and Security Building Measures and Disarmament in Europe. William Schneider (ret.) was liaison officer to the Commander-in-Chief, Group of Soviet Forces, Germany, and army attach in Moscow. He is now an assistant vice president of the BDM Corporation managing USSR-related studies.