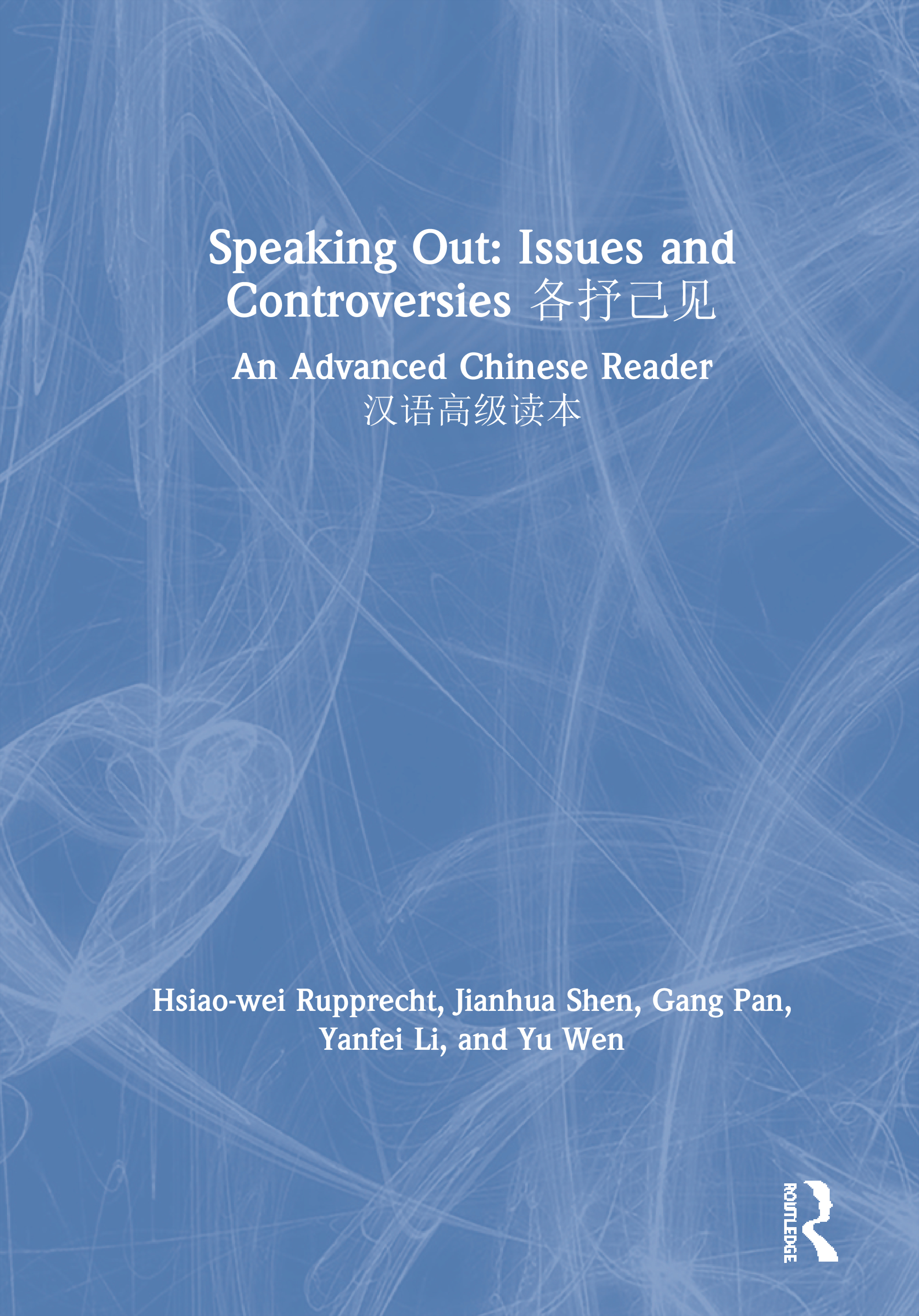 Speaking Out: Issues and Controversies 各抒己见

This textbook presents ten lessons in five units entitled "Constancy and Change," "Joy and Sorrow," "Right and Wrong," "Chinese Tradition and Western Influence" and "New and Old." These pairs of opposites conjure up an ever-changing world of ebb and flow, a world which stimulates learners’ imaginations and arouses their enthusiasm for open dialogue and lively discussion.

Concise in language and with lessons in both simplified and traditional characters, the textbook is a valuable aid for university students interested in passing the HSK Level VI or attaining ACTFL advanced-level proficiency. Accompanying audio recordings can be found online at www.routledge.com/9780367902704.

Hsiao-wei Rupprecht is Associate Professor, Teaching Stream and Coordinator of the Chinese Language Program in the Department of East Asian Studies at the University of Toronto. She holds a Ph.D. in East Asian Languages and Literature from the University of Wisconsin at Madison. She has taught Chinese language and literature in North America, Germany, China and Taiwan for thirty years. Her publications include Language through Literature: An Advanced Reader of Contemporary Chinese Short-Short Stories (Beijing: Higher Education Press, 2010) and Departure and Return: Chang Hen-shui and the Chinese Narrative Tradition (Hong Kong: Joint Publishing Company, 1988).

holds an M.A. in Chinese and has taught Chinese in the United States since 2001. She is currently a senior lector in Chinese at Yale University.

is a lecturer at York University in Toronto, Canada. He holds a Ph.D. in East Asian Studies, with a collaborative specialization in Sexual Diversity Studies, from the University of Toronto. His research interests include modern and contemporary Chinese literature and culture, narratology and semiotics. He teaches Chinese language, modern and premodern Chinese literature, modern Chinese drama, Chinese cinema and Chinese martial arts culture.

is a lecturer at the University of Toronto. She holds a Ph.D. in East Asian Studies from the University of Toronto and a B.A. in Comparative Literature and Cultural Studies from Tsinghua University. Her research focuses on modern and contemporary Chinese literature, cultural studies of heritage, and urban history. She teaches all levels of Chinese language, all genres of Chinese literature, contemporary Chinese film culture and urban cultural studies.

is a Ph.D. candidate in the Department of East Asian Studies at the University of Toronto. Her research interests include Chinese literature and culture, traditional Chinese poetics and aesthetics, and medieval Chinese poetry and prose. She currently teaches second-year Chinese.