Sport, Memory and Nationhood in Japan
Remembering the Glory Days 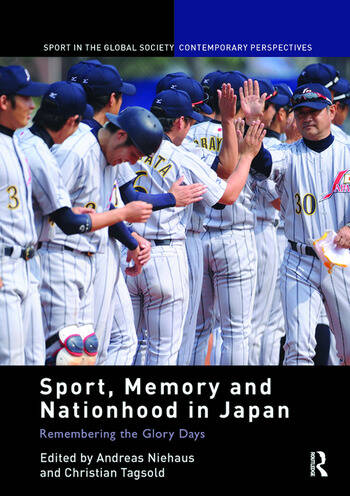 Sport, Memory and Nationhood in Japan: Remembering the Glory Days

This book clarifies and verifies the role sport has as an alternative marker in understanding and mapping memory in Japan, by applying the concept of lieux de mémoire (realms of memory) to sport in Japan. Japanese history and national construction have not been short of sports landmarks since the end of the nineteenth century. Western-style sports were introduced into Japan in order to modernize the country and develop a culture of consciousness about bodies resembling that of the Western world. Japan’s modernization has been a process of embracing Western thought and culture while at the same time attempting to establish what distinguishes Japan from the West. In this context, sports functioned as sites of contested identities and memories. The Olympics, baseball and soccer have produced memories in Japan, but so too have martial arts, which by their very name signify an attempt to create traditions beyond Western sports. Because modern sports form bodies of modern citizens and, at the same time, offer countless opportunities for competition with other nations, they provide an excellent ground for testing and contesting national identifications. By revealing some of the key realms of memory in the Japanese field of sports, this book shows how memories and counter-memories of (sport) moments, places, and heroes constitute an inventory for identity.

This book was originally published as a special issue of Sport in Society.

1. Introduction: Remembering the glory days of the nation: sport as lieu de memoire in Japan Andreas Niehaus and Christian Tagsold  2. Lieux de memoire/sites of memories and the Olympic Games: an introduction Gertrud Pfister  3. Swimming into memory: the Los Angeles Olympics (1932) as Japanese lieu de memoire Andreas Niehaus  4. Remember to get back on your feet quickly: the Japanese women’s volleyball team at the 1964 Olympics as a ‘Realm of Memory’ Christian Tagsold  5. One world one dream? Twenty-first century Japanese perspectives on hosting the Olympic Games Robin Kietlinski  6. Tokyo’s 1964 Olympic design as a ‘realm of [design] memory’ Jilly Traganou  7. Koshien Stadium: performing national virtues and regional rivalries in a ‘theatre of sport’ William W. Kelly  8. From national event to local memory – World Cup 2002 Yoshio Takahashi  9. ‘By running. . . / by fighting. . . / by dying. . .’: remembering, glorifying, and forgetting Japanese Olympian war dead Aaron Skabelund  10. ‘It was October 1964, when I met the demon for the first time’: Supo-kon manga as lieux de memoire Ikuo Abe  11. The professional wrestler Rikidozan as a site of memory Lee Thompson  12. Sports sites of memory in Japan’s cultures of remembrance and oblivion:collective remembrance is like swimming – in order to stay afloat you have to keep moving Wolfram Manzenreiter and John Horne

Andreas Niehaus is head of the Department of South and East Asian Studies at Ghent University, Belgium and has published on judo, the history of sports and body culture in Japan.

Christian Tagsold is research fellow at the Institute for Modern Japan, Dusseldorf University, Germany. He has published on Tokyo Olympics 1964, aging society in Japan, Japanese Gardens in the West and Japanese diasporas.