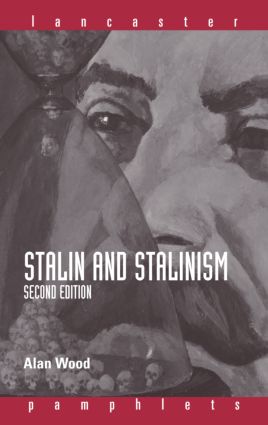 The second edition of a best-selling pamphlet, Stalin and Stalinism has been fully updated to take in new debates and controversies which have emerged since the collapse of the Soviet Union.

Considering the ways in which Stalin's legacy still affects attitudes in and towards post-Soviet Russia, Stalin and Stalinism examines Stalin's ambiguous personal and political legacy, his achievements, and his crimes - all now the subject of major reappraisal both in the West and in the former Soviet Union.

Joseph Stalin's twenty-five-year dictatorship is without doubt one of the most controversial periods in the history of the Soviet Union, and it is brought to life here for all students of European history and politics.

'An excellent basic introduction to the topic of Stalinism.' - Jeremy Smith, University of Birmingham

'A useful introduction to the history of the period.' - Melanie Ilic, Cheltenham and Gloucester College of Higher Education

Lancaster Pamphlets provide a concise and up-to-date analysis of major historical topics covered by both the main A-Level syllabuses and by introductory courses in higher education. Lancaster Pamphlets is a series initiated and edited by the history department at Lancaster University.
Each pamphlet:
* provides an authoritative introduction to the topic
* brings the central themes and problems into sharper focus
* incorporates traditional and revisionist approaches
* uses the most recent research to stimulate critical thought and interpretation