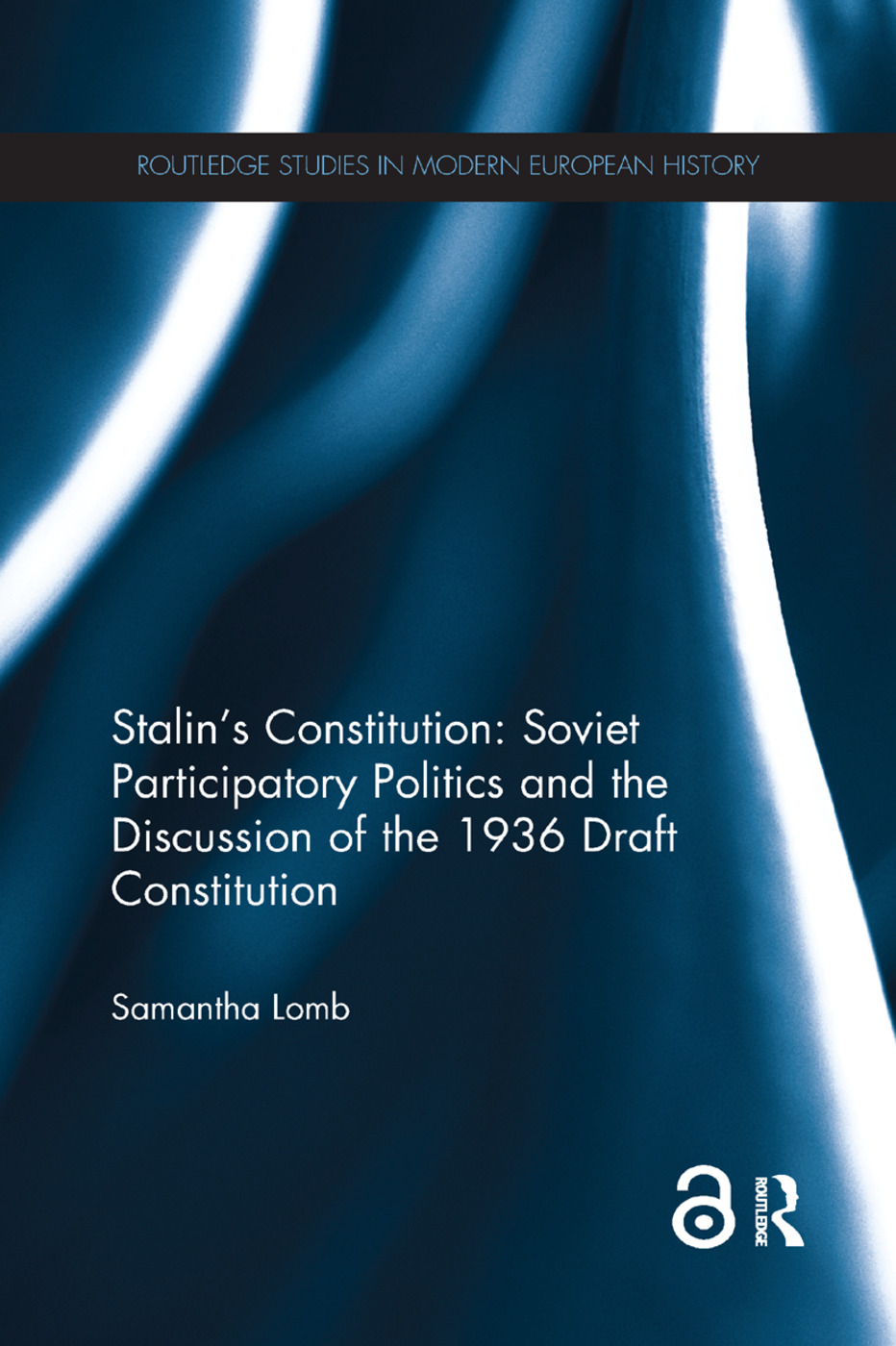 Soviet Participatory Politics and the Discussion of the 1936 Draft Constitution, 1st Edition

Upon its adoption in December 1936, Soviet leaders hailed the new so-called Stalin Constitution as the most democratic in the world. Scholars have long scoffed at this claim, noting that the mass repression of 1937–1938 that followed rendered it a hollow document. This study does not address these competing claims, but rather focuses on the six-month long popular discussion of the draft Constitution, which preceded its formal adoption in December 1936. Drawing on rich archival sources,this book uses the discussion of the draft 1936 Constitution to examine discourse between the central state leadership and citizens about the new Soviet social contract, which delineated the roles the state and citizens should play in developing socialism. For the central leadership, mobilizing its citizenry in a variety of state building campaigns was the main goal of the discussion of the draft Constitution. However, the goals of the central leadership at times stood in stark contrast with the people’s expressed interpretation of that social contract. Citizens of the USSR focused on securing rights and privileges, often related to improving their daily lives, from the central government.

The Open Access version of this book, available at https://doi.org/10.4324/9781315194004, has been made available under a Creative Commons Attribution-Non Commercial-No Derivatives 4.0 license.

1. Citizenship and a Social Contract: The Drafting of the 1936 Constitution

3. Local Realities: The Implementation of the Discussion of the Draft Constitution

4. Validators of Socialist Victory: The Discussion in the Local Press

7. The Constitution, the 1937 Elections and Repression

A Note on Sources

The Draft Constitution of the USSR