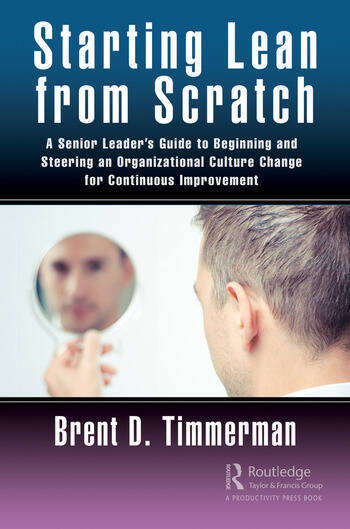 Starting Lean from Scratch: A Senior Leader’s Guide to Beginning and Steering an Organizational Culture Change for Continuous Improvement

What if the problem is you? For organizations just preparing to begin a continuous-improvement (CI) journey, the behaviors of the leadership must transform dramatically for the Lean toolkit to succeed. Many organizations invest in training colleagues about the power of the tools but fail to address the behavior and mindset of the leadership. Unfortunately, misaligned leadership behaviors will counteract any culture change that is attempted simply by pushing the use of Lean tools. This book outlines a comprehensive set of leadership principles that must be understood and modelled by the leadership before the CI Journey can effectively begin.

This book organizes these leadership principles into a framework of a conceptual model called the "Three Spaces of Lean Transformation." The model suggests that these spaces of Trust, Change, and Continuous Improvement must be consciously shaped, developed, and maintained by the organizational leadership if a continuous improvement culture change succeeds. This book organizes a set of leadership principles -- that supports the culture change -- into each of these three spaces.

The book is written in the first-person narrative and maintains a mentoring format. This book is for professionals at the very beginning of an intimidating Lean journey and with very little background or formal Lean training.

These principles form the strong leadership foundation that must be established in organizations where, previously, many of the leadership behaviors were contrary to what is required by a "Lean" organization. The proper adoption of these leadership principles by an organization will support the long-term success of the Lean journey, and that this will enable a lasting, not a temporary, change to a continuous improvement culture.

Brent Timmerman has over 20 years of work experience in both the private- and public-sectors. While completing his master’s degree in Mechanical Engineering from the University of Manitoba, he accepted an engineering position at a local aerospace company based in Winnipeg, Manitoba. This company had a strong continuous improvement culture and was rapidly expanding across the globe into different markets and locations—as a result, Brent had the benefit of travelling around the world supporting new facilities as they were set up to operate to follow the same practices as the head office. Kaizen, kaikaku, huddle meetings, and visual metrics, among other typical Lean management elements, were introduced at each site. Brent transitioned into an engineering management job in 2001, and then held several engineering director positions until leaving the organization in 2012 to join Manitoba Housing.

Brent’s first role within the social housing crown corporation for the Manitoba Government was the executive director of asset management, where he was responsible for a branch of over 65 staff, a capital budget of over $80M (Cdn), and the capital upgrade projects for a portfolio of over 3500 buildings across the province. After two years, Brent was selected to serve as the chief operating officer for the corporation, where he was responsible for all aspects of operations, a staff of over 430 personnel, and an annual operating budget of over $100M.

In 2014, Brent was made the executive sponsor of the corporation’s Lean transformation, in an organization that had no experience with any of the methodologies or tools related to Lean or operations excellence. It was this responsibility, to champion the integration of the culture change and the tools from the industrial origins of Lean into a completely new setting, that gave Brent an appreciation for the challenge that many leaders face when beginning a Lean journey for the first time.

After four years as COO at Manitoba Housing, Brent was asked by the deputy minister for the Department of Families to assume the role of Chief Innovation Officer for the Department. Brent is currently in this role, where he supports approximately 2,500 government staff across multiple divisions with the development of a continuous improvement culture and supporting methodology.

Brent is a registered Professional Engineer in the Province of Manitoba, a certified Project Management Professional with the Project Management Institute, and a certified Lean Black Belt from Lean Sensei International. He holds both Bachelor of Science and Master of Science degrees in mechanical engineering from the University of Manitoba. He lives in Winnipeg with his wife and two children. 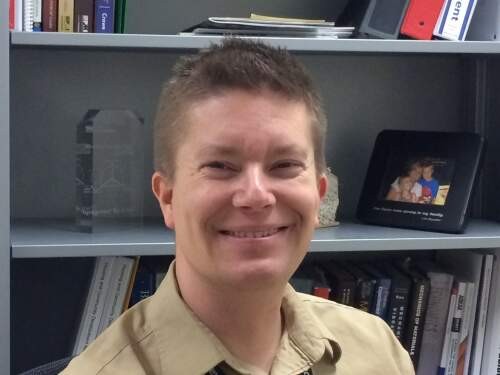