State and Tribes in Syria
Informal Alliances and Conflict Patterns 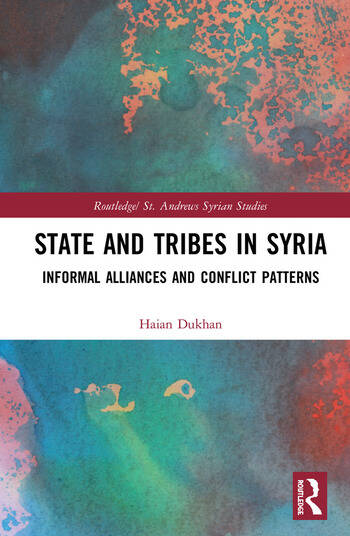 State and Tribes in Syria: Informal Alliances and Conflict Patterns

State and Tribes in Syria: Informal Alliances and Conflict Patterns explores the policies of the successive Syrian governments towards the Arab tribes and their reactions to these policies. The book examines the consequences of the relationship between state and tribe since the fall of the Ottoman Empire and its withdrawal from Syria in 1916 until the eruption of the current Syrian civil war.

Throughout history and up to the present day, tribalism continues to influence many issues related to governance, conflict and stability in the Middle East and North Africa. The book provides a dissection of a crucial, but neglected axis of the current crisis on the relationship between the state and the tribes. The research draws on data gathered through interviews with members of Syrian tribes, as well as written literature in various languages including English, Arabic and French. The book combines the research focus of political scientists and anthropologists by relating the local patterns (communities and tribal affiliations) to the larger system (state institutions and policies) of which they are a part.

State and Tribes in Syria: Informal Alliances and Conflict Patterns

advances our knowledge of an under-studied component of the Syrian society: the tribes. Therefore it is a vital resource for students, scholars and policymakers interested in Syrian Studies and Middle Eastern Studies.

"As Dukhan points out the 2011 Syrian revolution differed from Egypt and Tunisia in one important way, tribalism played a critical role in fermenting the early revolutionary movement. To understand the role tribes played in the Syrian conflict, a historical survey of the relationship between state and tribe is necessary, which is where the study begins. One of the main aim of the books is to help facilitate research into tribal politics – an undertaking that is needed – however it is important not to reduce everything to tribe in Syrian politics. The book does not do this and it is not the book's intention to do so. It has contributed greatly to our knowledge and will become a resource on Syrian politics." — Usman Butt, 'The relationship between the state and tribes in Syria', Review in The New Arab.

"This is an excellent, crystal-clear analysis of a very important yet significantly understudied subject. Dr. Dukhan’s study incisively takes in the grand sweep of history of the relation between Arab tribes and state structures from the birth of Islam (whose relation to tribalism is historically and even theologically inextricable), through the rise of the Ottoman Empire, the French mandate, the rise of Arab socialism and nationalism, the Assad governments, and the protests of 2011 that ultimately led to civil war—and in doing so it provides both new information and a valuable framework of political analysis for understanding how an ancient form of social organization insistently demands our attention as students, as scholars, and as citizens concerned about the future of a troubled region." — Mark S. Weiner, Rutgers Law School.

"In effect, Dukhan draws overdue attention to one of the oldest and deepest cultural fault-lines in the region: between the city and the desert steppe. This is not a work of history as such. But it is one that offers a compelling explanation of current confrontations with one eye on their deep roots. Dukhan shows how tribalism has certainly evolved significantly in recent decades; but never fully disappeared. Beneath the monolithic façade of Baathist rule, all manner of shifting and contingent politics has been played out between the Syrian regime and the tribes. Without grasping the protean nature of these relationships, we shall understand little of the origins of the current war: which, after all, began in 2011 as a ‘revolt of the periphery’ against the urban centre. Ultimately, it offers a compellingly lucid and well-written dissection of a crucial, but neglected, axis of the current crisis. It convinces on its academic merits alone. But it certainly does not hurt that the author is himself from Palmyra; and knows the tribal world he describes intimately from upbringing and cultural immersion. In summary – this is a timely book: and a necessary one." — Dr Timothy Wilson, Director of the Centre for the Study of Terrorism and Political Violence, University of St Andrews.

"Amidst the horrors of the Syrian conflict, there are very few texts being written today that provide critical insight into Syria’s past, present, and future in the way that Haian Dukhan’s States and Tribes in Syria: Informal Alliances and Conflict Patterns does. Dukhan’s book takes as its central problem to be explained the cyclical nature of relations between Syria’s tribe and the country’s various political authorities since pre-Ottoman times. The brilliance of this book in its refusal to reify either Syria’s tribes or the political authorities that they have engaged in patterns of accommodation or conflict with for centuries. Indeed, Dukhan is masterful at arguing for the conditions under which certain tribes do or do not enter into alliances, or at least accommodations, with state authorities. The empirically and analytically rich analysis that emerges out of this constant tension between state and tribal authorities is essential reading for anyone interested in the Syrian state and the social forces that contribute to its constant transformation." — Samer Abboud, Associate Professor in Historical and Political Studies, Arcadia University.

"Dukhan shows how tribes were an important tool for the Hafez al-Assad government in controlling those rural parts of Syria, where the identity of the population was still related to kinship and tribal affiliations. He demonstrates that tribal systems are not static, but are dynamic bodies cutting across national borders and political groupings. The last two chapters, dealing with the regime of Bashar al-Assad and the ongoing civil and regional wars, are breathtaking and devastating reading. The conflicts have mostly been analysed in terms of sectarianism, ethnicity or authoritarianism against more democratic rule, but Dukhan adds new and very important aspects. Dukhan benefits from having grown up in Palmyra, where he worked for a governmental institution dealing with affairs related to the Syrian dry steppe. He is familiar with the tribal way of thinking and the social and economic conditions in the rural areas of Syria. State and Tribes in Syria: Informal Alliances and Conflict Patterns is a very important book, and it is a must for anyone who want to understand the tumultuous conflicts, not only in Syria, but also in the Middle East in general. It is well-written and appeals to a large target audience." — Jørgen Christian Meyer, Professor, Department of Archaeology, History, Cultural Studies and Religion, University of Bergen.

"While delving into Haian’s book, I realised that I was reading a detailed historical study based on extraordinary field research. The book provides the reader with a wealth of precise facts and deep analyses. His book ranks highly as specialized literature on Syria, side by side with the works of Michel Seurat, Daniel Le Gac, Élizabeth Picard, Eberhard Kienle, Raymond A. Hinnebusch, Patrick Seale, Nikolaos Van Dam, Hanna Battatu, and so on. Haian’s book stands among the best, and will remain a milestone. Haian’s book provides invaluable insights into Syria’s past and present, particularly the terrible civil/international war, through the prism of the tribes, an understudied aspect of Syrian society. The book depicts the glamour and misfortune of humanity and scrutinizes the mutations of its socio-political organization with reference to brutal historical events." — Stéphane Valter, Arabic Studies and Political Science University of Lyon.

"Dukhan’s book puts many issues into a much clearer perspective and provides valuable documentation, bringing together, alongside his own research and that of many others to show that tribal affiliations continue to play a role in the dynamics of the ongoing conflict. And as any good academic does, he raises questions that require more study and fieldwork. For the time being, the latter has been rendered arduous – or potentially impossible – by tight control over media access by the government in Damascus and by other groups controlling the much-divided territory that Syria continues to be." — Shelly Kittleson, Book review, LSE blog