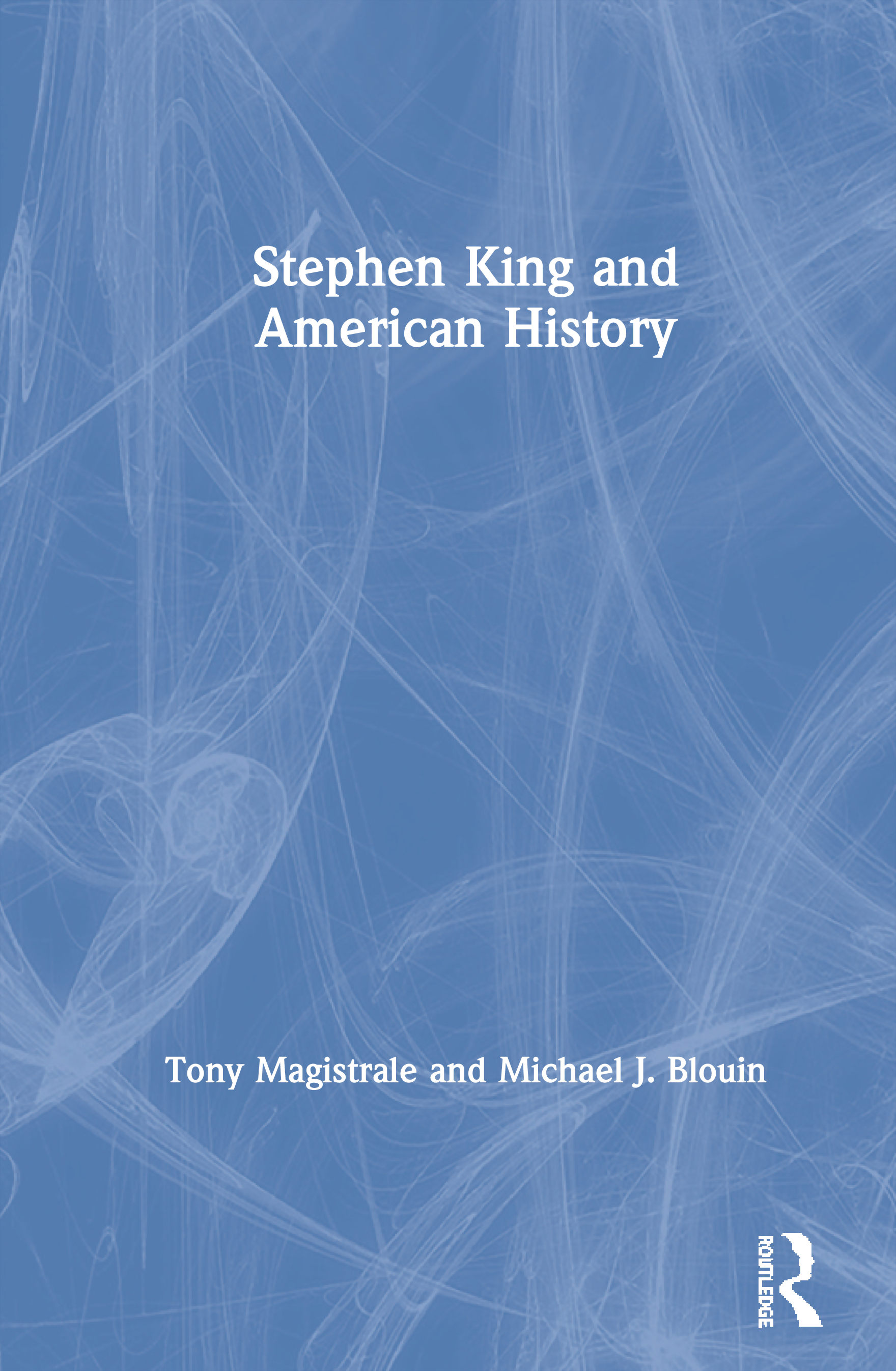 This book surveys the labyrinthine relationship between Stephen King and American history. By depicting American history as a doomed cycle of greed and violence, King poses a number of important questions: who gets to make history, what gets left out, how one understands one's role within it, and how one might avoid repeating mistakes of the past. This volume examines King's relationship to American history through the illumination of metanarratives, adaptations, "queer" and alternative historical lenses, which confront the destructive patterns of our past as well as our capacity to imagine a different future. Stephen King and American History will present readers with an opportunity to place popular culture in conversation with the pressing issues of our day. If we hope to imagine a different path forward, we will need to come to terms with this enclosure - a task for which King's corpus is uniquely well-suited.

Introduction: Stephen King and the End of History

1.  Stephen King and the Romance of American History

2. The Pasts of Pet Sematary

3. The Sutured Histories of The Shining

4. The Vietnamization of Stephen King

5. Outing Stephen King and the Queering of American History

6. The Events of 9/11 and Stephen King’s Evolving Sense of History

Michael J. Blouin is Associate Professor of English and Humanities at Milligan University, where he co-founded and now co-directs the Honors Program. He recently finished a book entitled Stephen King and American Politics (University of Wales Press, forthcoming). Recent publications include "The Vietnamization of Stephen King" (co-authored with Tony Magistrale; forthcoming in the Journal of American Culture), and Mass-Market Fiction and the Crisis of American Liberalism, 1972 - 2017 (Palgrave Macmillan, 2018). In addition, he was asked to serve as a guest editor for an issue of the Journal of Popular Culture entitled "Neoliberalism and Popular Culture" (2018).

Tony Magistrale is Professor and former chair of the English Department at the University of Vermont where he has taught courses in writing, American literature, and Gothic Studies since 1983 when he returned to the United States after a Fulbright post-doctoral fellowship at the University of Milan, Italy. He has lectured at many universities in North and South America and Western Europe, including Pontificia Catholic University in Santiago, Chile and the Lehrstuhl für Amerikanistik Institute at Universität Augsburg, Germany. He obtained a Ph.D. at the University of Pittsburgh in 1981. He is the author of 23 books, several of them on Stephen King, and over seventy published articles.