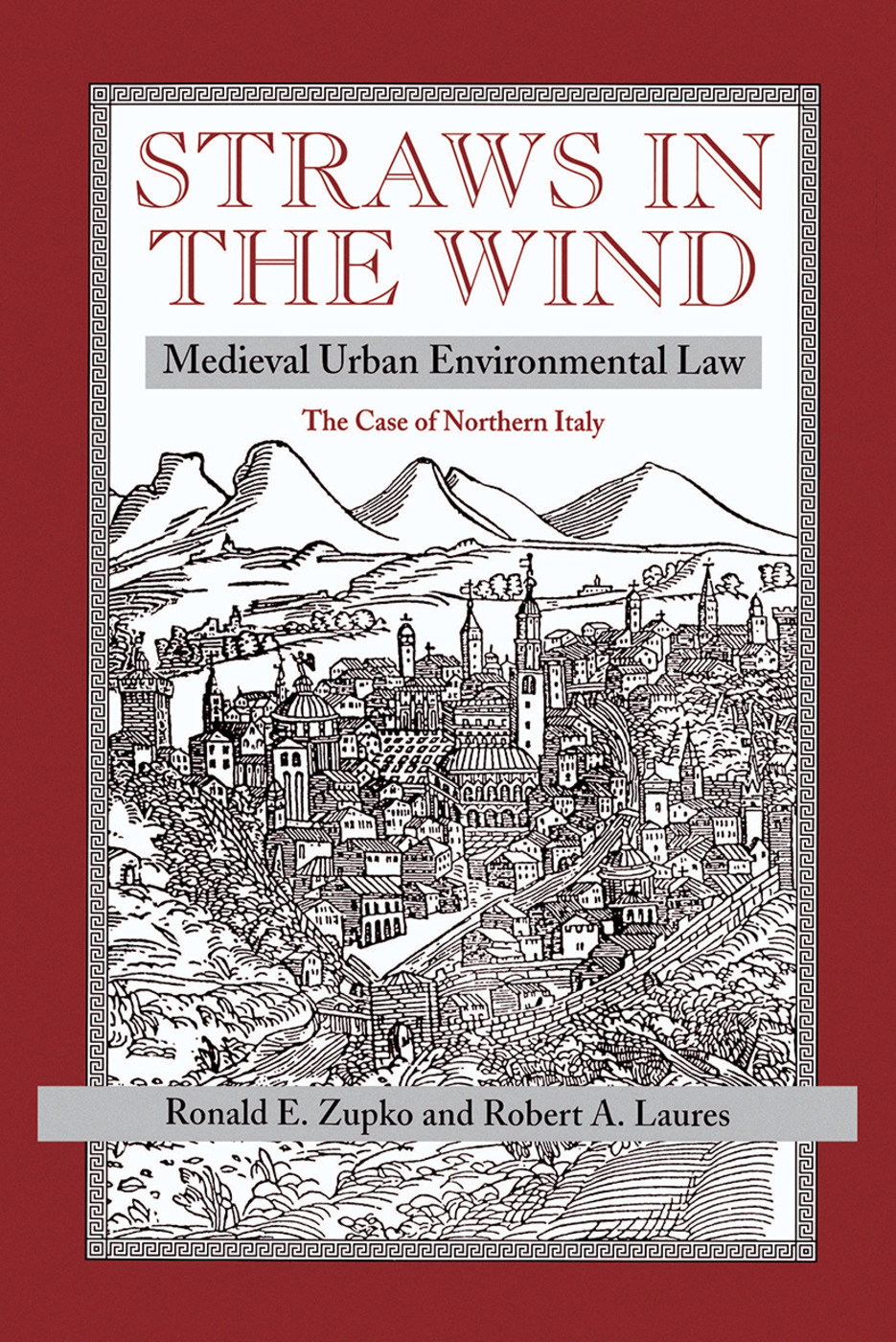 Straws In The Wind

The quest to create a decent world, to maintain a clean environment, and to nurture a self-renewing inheritance to pass on to future generations is not unique to the twentieth-century. Rather, as Ronald Zupko and Robert Laures show in this fascinating study of medieval environmental attitudes and regulations, it has been the recurring dream of men and women for centuries.The history of the medieval towns of northern and central Italy opens a window onto the concerns of urban elites throughout the medieval world regarding the environment and quality of life. In Straws in the Wind, the authors demonstrate that legislative efforts to control the environment were neither haphazard nor accidental. Rather, they were rational responses to perceived needs, often based on a valuable store of knowledge inherited from their Roman forebears.Zupko and Laures describe who these early environmentalists were, what motivated them, how they shaped the environmental programs they devised, and how they implemented and enforced these regulations. The book examines the efforts of town officials, often acting independently of powerful regional, papal, and imperial authorities, to provide their citizens with the best possible urban quality of life?within the limits of their knowledge, experience, and technology. Moreover, Zupko and Laures reveal evidence of grassroots support for the protection of resources and for the preservation of air, water, and the aesthetic qualities of the urban environment. The results of these efforts, when compared to those of the modern environmental movement, were very modest, merely ?Straws in the Wind.? Nonetheless, they were the harbingers of the future.