Studies in Jaina History and Culture
Disputes and Dialogues 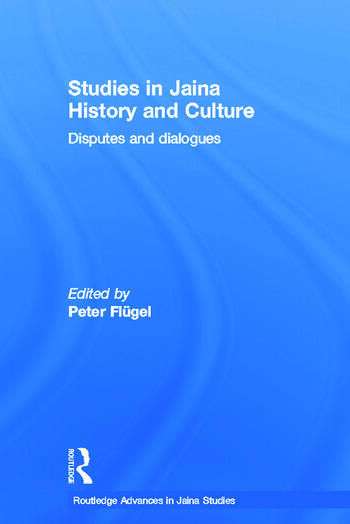 Studies in Jaina History and Culture: Disputes and Dialogues

The last ten years have seen interest in Jainism increasing, with this previously little-known Indian religion assuming a significant place in religious studies.

Studies in Jaina History and Culture breaks new ground by investigating the doctrinal differences and debates amongst the Jains rather than presenting Jainism as a seamless whole whose doctrinal core has remained virtually unchanged throughout its long history. The focus of the book is the discourse concerning orthodoxy and heresy in the Jaina tradition, the question of omniscience and Jaina logic, role models for women and female identity, Jaina schools and sects, religious property, law and ethics. The internal diversity of the Jaina tradition and Jain techniques of living with diversity are explored from an interdisciplinary point of view by fifteen leading scholars in Jaina studies. The contributors focus on the principal social units of the tradition: the schools, movements, sects and orders, rather than Jain religious culture in abstract.

Peter Flügel provides a representative snapshot of the current state of Jaina studies that will interest students and academics involved in the study of religion or South Asian cultures.

Preface.  Introduction.  Orthodoxy and Heresy  Adda or the Oldest Extant Dispute between Jains and Heretics (Suyagada 2,6).  The Later Fortunes of Jamali.  The Dating of the Jaina Councils: Do Scholarly Presentations Reflect the Traditional Sources?  The Question of Omniscience and Jaina Logic  The Jain-Mimamsa Debate on Omniscience.  Why must there be an Omniscient in Jainism?  Implications of the Buddhist-Jaina Dispute over the Fallacious Example in Nyaya-Bindu and Nyayavatara-Vivrti  Role Models for Women and Female Identity  Restrictions and Protection: Female Jain Renouncers.  Thinking Collectively about Jain Satis: The Uses of Jain Sati Name Lists.  Religious Practice and the Creation of Personhood among Svetambar Murtipujak Jain Women in Jaipur  Sectarian Movements  Rethinking Religious Authority: A Perspective on the Followers of Srimad Rajacandra.  A Fifteenth Century Digambar Mystic and his Contemporary Followers: Taran Taran Svami and the Taran Svami Panth.  Demographic Trends in Jaina Monasticism  Property, Law and Ethics  Architectural, Sculptural and Religious Change: A New Interpretation of the Jaina Temples at Khajuraho.  Jaina Law as an Unofficial Legal System.  Ahimsa and Compassion in Jainism

Peter Flügel is currently at the Department of the Study of Religions at the School of Oriental and African Studies at the University of London. He has published extensively on the history and ethnography of contemporary Jain schools and sects, Jain stupas, Jaina-Vaisnava syncretism, and the social history of the Jain tradition.

'[A] remarkable compilation of essays, which reveal the vitality and maturity of the contemporary field of Jain Studies. It will be a landmark work for a long time to come.' - Anne Vallely, Religions of South Asia