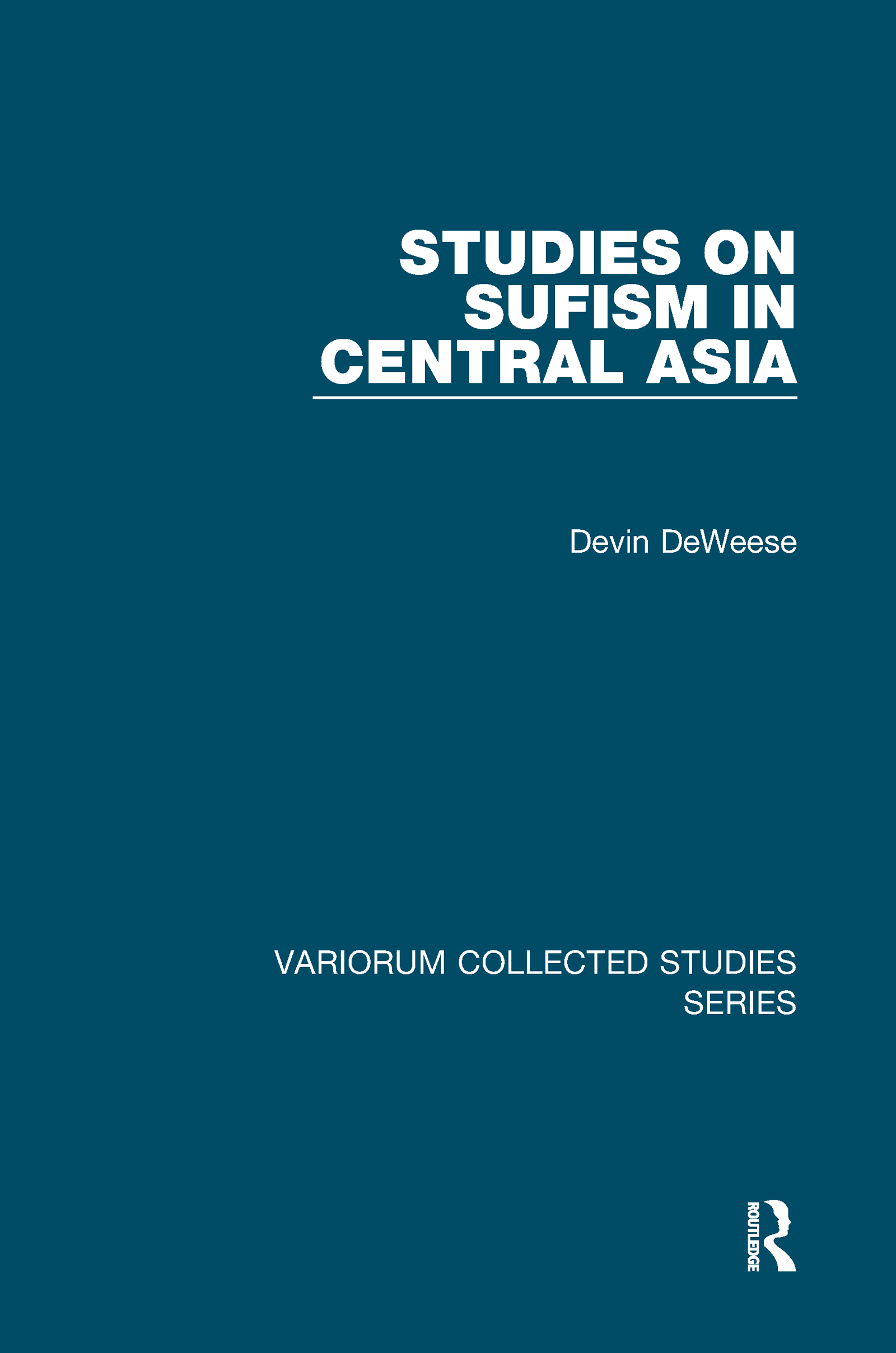 Studies on Sufism in Central Asia

Studies on Sufism in Central Asia reproduces 12 studies which explore previously unstudied sources with an eye to identifying prominent developments in the social and organizational history of the major Sufi groupings of the region; The chronological range reflected in the studies included here runs from the 13th century to the 17th, with a somewhat uneven distribution between the earlier half of the period (13th-15th centuries, with six articles, Nos. II, IV, V, VII, VIII, and XI) and the later half (16th-17th centuries, with four pieces, Nos. III, IX, X, XII), and two studies (Nos. I and VI) spanning the entire period. In terms of specific Sufi traditions, the studies included here reflect DeWeese’s attention to groups and individuals that might be identified (despite the focus of some of his more recent work on questioning the use and meaning of such labels) as KubravÄ«, YasavÄ«, and KhwÄjagÄnÄ«/NaqshbandÄ«, with four studies focused entirely on ’KubravÄ«’ circles (Nos. I, II, V, XI), five on ’YasavÄ«’ subjects (Nos. III, VII, IX, X, XII), and one on the KhwÄjagÄn (No. VIII), as well as one dealing with YasavÄ«-NaqshbandÄ« relations (No. VI) and another exploring a group that falls outside these labels (No. IV). KhwÄjagÄnÄ« and NaqshbandÄ« history has a strong ’background’ presence, nevertheless, in five other articles (Nos. I, III, IV, VII, and IX), reflecting the steady rise of the NaqshbandÄ«ya to predominance among Central Asian Sufi traditions.

'Both the roots of this collection in meticulous historical spadework and the creative insight with which DeWeese unravels the wider implications of his discoveries make these essays indispensable for anyone with a scholarly interest in Islamic Central Asia or the history of Sufism in general … The convenient assemblage of these foundational essays in a single volume is most welcome and will hopefully bring them to the attention of a greater number of synthesizing authors.' Journal of Islamic Studies

Contents: Introduction; The eclipse of the Kubraviyah in Central Asia; Sayyid Ali Hamadani and Kubrawi hagiographical traditions; A neglected source on Central Asian history: the 17th-century Yasavi hagiography Manaqib al-akhyar; An ’Uvaysi' Sufi in Timurid Mawarannahr: notes on hagiography and the taxonomy of sanctity in the religious history of Central Asia; Baba Kamal Jandi and the Kubravi tradition among the Turks of Central Asia; The Masha’ikh-i Turk and the Khojagan: rethinking the links between the Yasavi and Naqshbandi Sufi traditions; Yasavi Å ayhs in the Timurid era: notes on the social and political role of communal Sufi affiliations in the 14th and 15th centuries; Khojagani origins and the critique of Sufism: the rhetoric of communal uniqueness in the Manaqib of Khoja ’Ali ’Azizan Ramitani; The Yasavi order and Persian hagiography in 17th-century Central Asia: ’Alim Shaykh of ’Aliyabad and his Lamahat min nafahat al-quds; Sacred places and ’public’ narratives: the shrine of Ahmad Yasavi in hagiographical traditions of the Yasavi Sufi order, 16th-17th centuries; Two narratives on Najm al-Din Kubra and Razi al-Din ’Ali Lala from a 13th-century source: notes on a manuscript in the Raza Library, Rampur; The Yasavi order and the Uzbeks in the early 16th century: the story of Shaykh Jamal ad-Din and Muhammad ShÃ¯bani Khan; Index.