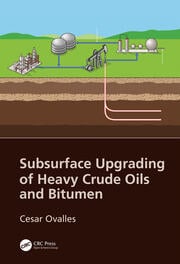 Heavy crude oils and bitumen represent more than 50% of all hydrocarbons available on the planet. These feedstocks have a low amount of distillable material and high level of contaminants that make their production, transportation, and refining difficult and costly by conventional technologies. Subsurface Upgrading of Heavy Crude Oils and Bitumen is of interest to the petroleum industry mainly because of the advantages compared to aboveground counterparts.

The author presents an in-depth account and a critical review of the progress of industry and academia in underground or In-Situ upgrading of heavy, extra-heavy oils and bitumen, as reported in the patent and open literature. This work is aimed to be a standalone monograph, so three chapters are dedicated to the composition of petroleum and fundamentals of crude oil production and refining.

Addition in the Presence of Catalysts

graduated with a Licentiate degree in Chemistry from Simon Bolivar University

and a Ph.D. in Chemistry from Texas A&M University. Right after graduation, he worked for 16

(PDVSA–INTEVEP). In 2006, he joined Chevron and is currently Technical Team Leader of the

Heavy Oil Characterization group. He is involved in the areas of petroleum chemistry, heavy and

extra heavy crude oil upgrading (surface and subsurface), and asphaltene characterization. After his

journals, 4 books, has been awarded 18 patents, and presented 116 papers at scientific and technical

conferences. Additionally, he has published 14 articles in Venezuelan journals and 92 Technical

Reports for an outstanding number of 306 total scientific productions. Cesar has also served as

Hispanic Professional Engineers. Cesar is married to his college sweetheart, Luisa (Lulu), and is the

for Safeway Supermarkets and his daughter, Manuela, is a microbiologist working for Mission

"Low API gravity and high viscosity crude oils comprise around 70% of total world oil reserves. Thus, they are very important to meet our constantly growing future energy demand. Dr. Ovalles combines his academic knowledge with his invaluable industry experiences in this book and provides a good guide on how to deal with heavy oil reservoirs. This book will be used as a course book soon to educate future petroleum engineers."

"As is obvious from the contents in the Chapters and topics that have been covered in this book, Cesar has vast knowledge in all aspects of petroleum industry. Although the focus of the book is on insitu upgrading, the author covers topics from the molecular structure and characterization to transportation and different upgrading technologies. It is timely that Cesar completed this book as the Subsurface upgrading for Heavy oils and bitumen is gaining momentum in Canada. It is expected that this book will be used extensively by process engineers, academics, research labs and should be owned by libraries to be used as a reference book for teaching and learning all aspects of heavy oil and bitumen production and processing." 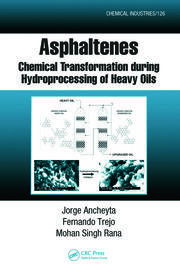 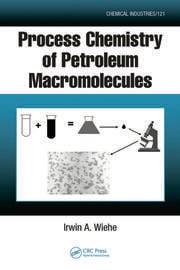 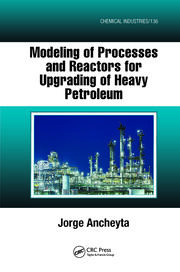