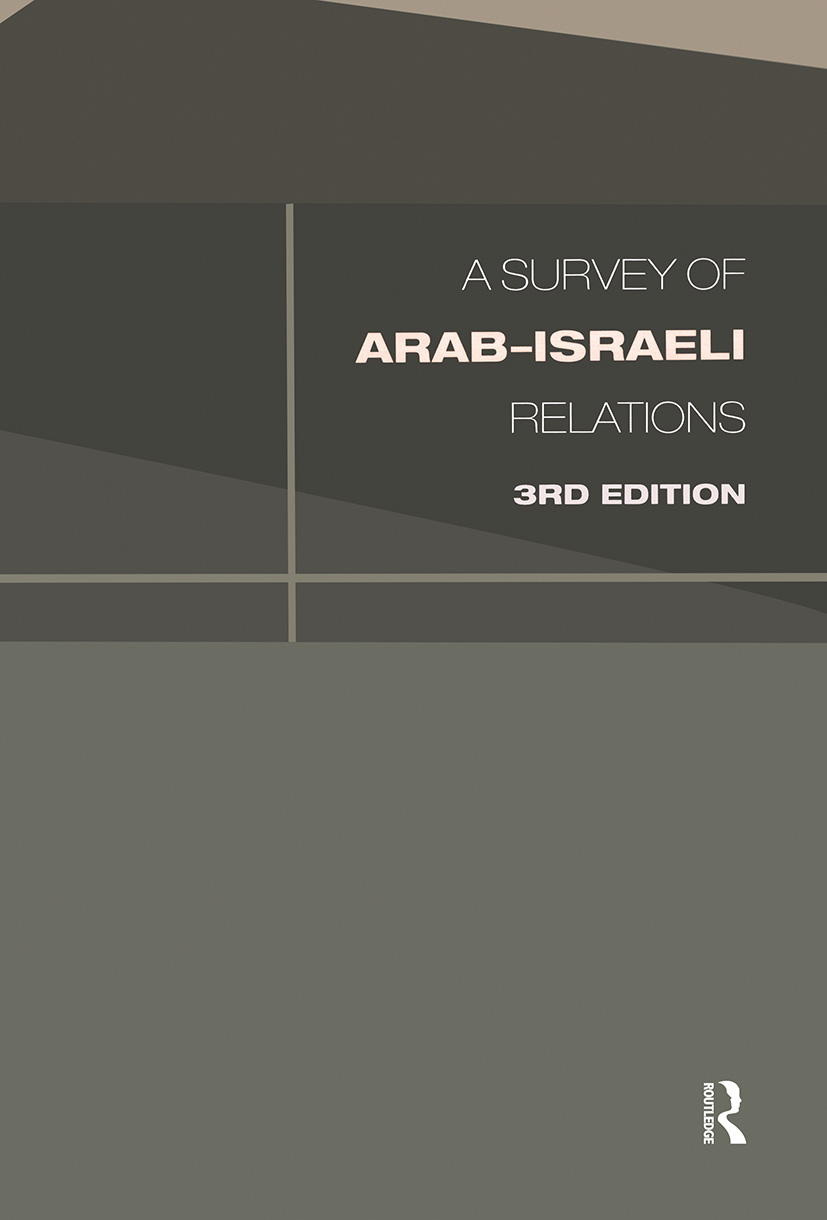 Impartial documentation and background information fundamental to the understanding of Arab-Israeli relations.

The third edition of this valuable reference source brings together a unique collection of information on this troubled area of the Middle East. The Arab-Israeli conflict is one of the longest running international disputes in world affairs, and impartial information is vital to a complete understanding of the politics and events that surround this issue.

Survey of Arab-Israeli Relations provides up-to-date and unbiased information, and will be essential reading for politicians, diplomats, public and academic libraries, businesses, international organizations, the media, government departments, academics, students and anyone with an interest in Middle Eastern affairs.

This detailed chronology recounts events from 1947 and the first Arab-Israeli war, to the present, including peace initiatives, and settlement and development issues

Two essays in this section examine in more detail the years from 1947 to the present, with analysis of important events such as the October War, the assassination of Anwar Sadat, the ‘Shultz Plan’, Camp David, the roadmap and the Geneva Accords.

Examining some of the key documentation in the dispute, this reproduces key texts, letters and agreements, as well as providing several maps.

This series of biographical profiles aims to provide a guide to the prominent political figures throughout the period covered by the text, including Hanan Ashrawi, David Ben-Gurion, Bill Clinton, Shimon Peres, George W. Bush and Sheikh Ahmad Yassin.

Contains a comprehensive list of publications that points to further reading on the subject and related topics.