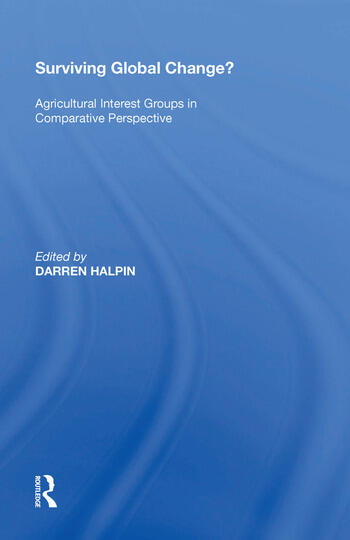 This engaging volume investigates the fate of national industry associations amidst global change through analysis of interest group organizations representing farmers and agricultural producers. It asks how these groups have fared during a period of global change and examines the challenges inherent in their operation in the 21st century. Case studies from North America, Europe and Australasia provide illuminating research into farm interest groups at the national level and organizational features of individual groups. It will be of value to scholars and researchers in the fields of global governance, political science and rural studies.