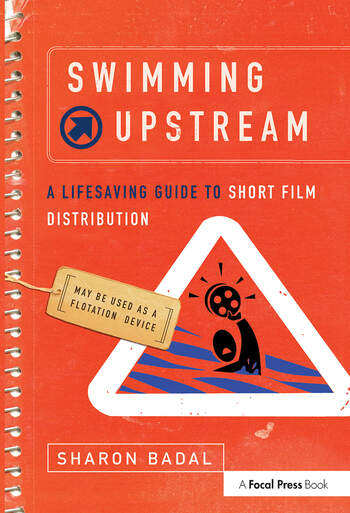 Short films have come into their own, not least in part due to the incredible new ways to distribute them, including the Web, cell phones, new festivals devoted to shorts--even television and theatres. This is the ultimate guide for anyone who's made a short film and wonders what to do next. Whether your short film is meant to be a calling card, a segue to a feature film, or you just want to recoup some of the costs, this book describes the potential paths for distribution. Written by the short film programmer of the Tribeca Film Festival and featuring contributions from top film festival directors, as well as studio, marketing, and technology executives, this book shows you what's important to the decision makers and gatekeepers. This is the definitive handbook filled with insider information available nowhere else.

DedicationAcknowledgementsPrefaceIntroductionSwimming Lesson #1 Testing the Waters: The Indie LandscapeGore, Penguins and the Cultural Zeitgeist of Distribution by Jack FoleyThe Producer's Perspective By Jason Kliot Conversation with Andrew Herwitz Strategizing Specialized Film by William R. ThompsonManagement Matters by Lawrence MattisSwimming Lesson #2 Learning to Float: The BuyersWho is This For, Anyway? by Ian BrickeSwimming With Dolphins: Shorts Distribution 101 by Anna DarrahWho's Gonna Rescue Me When I Start to Drown? by David RussellLife Starts When? by Jennifer ChenTaking the Brake Lights Off Your Film by Linda "O OlszewskiMake Your Mark by Joe AmodeiSo You Want to Sell That Short? Not So Fast.by Shane SmithSwimming Lesson #3 The Deep End: Exploring All OptionsPlympton's Dogma by Bill PlymptonThe Fragile Emotion by Jon GartenbergLife In Short by Ryan WernerConversation with Tom Quinn and Carter PilcherRudiments of the Short Film by Derek CianfranceWhat's a Short Film Really? by Andrew Lund Swimming Lesson #4 How I Learned To Swim: Filmmaker Survival Stories Full Circle by Jens AssurTrial and Error in Hollywood by Jessica SharzerDare to Create by David BrindMother's Journey by Sian HederThe Long and the Short of It by Ben OdellConversation with Peter SollettLosing Your Virginity by Seth GrossmanInterdependent by Tiffany ShlainGroup Therapy by Joe Turner LinFrom Nelson to Gowanus and Back by Ryan FleckSwimming Lesson #5 Little Fish, Big Pond: Thinking GloballyShorts Down Under by Katherine ShortlandThe International Marketplace for Short FilmsNow with a Digital Assist by Ralph AckermanShort Films in Japan by Seigo TonoMagic Little Differences by Margaret von SchillerHow to Make It with a Short Film in the UK and Europe by Elliot GroveSwimming Lesson #6 No Lifeguard on Duty: Internet and New Technology Conversation with Megan O'NeillDemystifying Mobile Video by Robin ChanConversation with Jim BankoffBrave New Virtual World by Jon GriggsConversation with Bahman NaraghiThe Power of Distribution, in the Hands of Filmmakers by David StrausSwimming Lesson #7 Navigate The Rapids: Film FestivalsA Briefing On Shorts by Kathleen McInnisShow 'Em Your Shorts by Jamie WhiteConversation with George EldredSome Serious Funny Business by Kevin HaasarudConversation with John PolsonYour Short Film and the LGBT Film Festival by Kimberly YutaniConversation with Trevor GrothSwimming Lesson #8 Waterlogged: My StorySwim Test The WorkbookIndexAuthor Biography

Sharon Badal is a Short Film Programmer for the Tribeca Film Festival, screening over 1,500 submissions annually without losing her mind. She has been with the festival since its inception, and has produced special projects for various Tribeca entities since 1999, including the 2005 Sloan Film Summit for the Tribeca Film Institute. Sharon is a faculty member at New York University's renowned Tisch School of the Arts in the Kanbar Institute of Film and Television, teaching undergraduate courses in what she refers to as "the beginning and the end of the filmmaking process - Producing Essentials and Film Distribution & Marketing. In addition, Sharon team-teaches The Business of Producing for NYU's prestigious Stern School of Business. As the self-proclaimed "empress of short film, Sharon has served on the regional jury for the 2005 Student Academy Awards, and on the juries for the 2006 Palm Springs International Festival of Short Films and the 2007 Worldwide Short Film Festival in Toronto. For the past four years, Sharon has dedicated much of her free time to working for The Leary Firefighters Foundation, founded by actor Denis Leary. In 2007, she worked primarily on the Foundation's New Orleans Firehouse Restoration Project as well as on its annual fundraiser, The Bash for New York's Bravest. From her humble beginnings at age fourteen as an usher in her father's movie theatre, Sharon went on to hold executive positions in distribution for United Artists/MGM, Warner Brothers and Orion Pictures, and has worked on many live events, including projects for Walt Disney Feature Animation, ShowEast, Cinema Expo International, and the Independent Feature Film Market. She received her B.F.A. in film and television production and her M.A. in cinema studies and business, both from New York University. She loves Coney Island, searching for alien life, and chocolate in any form. Sharon lives in New York City, and there's no place else she'd rather be.

"Sharon Badal's information gathering uniquely appreciates the difficult balance between the art and business of filmmaking. Cinema without audience might as well be a great painting locked in a trunk in someone's basement. This book both helps locate the art and gives insight into how to set it free. - Jeffrey Abramson, Vice President of Film, Gen Art"If you are a filmmaker with an interest in making short films you need to read Swimming Upstream. With refreshing candor, Sharon Badal has written a unique book that is a wealth of information and true-life inspiration." -Jane Rosenthal, Co-Founder, Tribeca Film FestivalForget everything you thought you knew about short films--this book is the real deal!Brimming over with the collective wit, wisdom, and insights of the most important players in the world of short films, Sharon Badal's Swimming Upstream tells you everything you need to know about the making and marketing of short films, from original concept to international sales. In equal measures entertaining and essential, It should be required reading for anyone engaged in the art and business of short films. --Darryl Macdonald, Executive Director, Palm Springs International Festival of Short FilmsBooks on short film distribution are sadly lacking, especially in the arena of microfilmmaking (where most short films are made), so it is wonderful to see one as informative as Swimming Upstream. The experience and insight contained in this book is invaluable.--Kari Ann Morgan, MicroFilmmaker Magazine