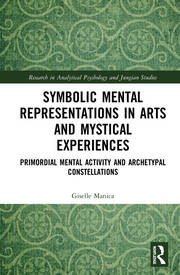 Symbolic Mental Representations in Arts and Mystical Experiences explains how the individual’s conceptualization of reality is dependent on the development of their brain, body structure, and the experiences that are physiologically confronted, acted, or observed via learning and/or simulation, occurring in family or community settings.

The book offers support for Jean Knox’s reinterpretation of Jung's archetypal hypothesis, exposing the fundamentality of the body – in its neurophysiological development, bodily-felt sensations, non-verbal interactions, affects, emotions, and actions – in the process of meaning-making. Using information from disciplines such as Affective Neuroscience, Embodied Cognition, Attachment Theory, and Cognitive Linguistics, it clarifies how the most refined experiences of symbolic imagination are rooted in somatopsychic patterns.

This book will be of great interest for academics and researchers in the fields of Analytical Psychology, Affective Neuroscience, Linguistics, Anthropology of Consciousness, Art-therapy, and Mystical Experiences, as well as Jungian and post-Jungian scholars, philosophers, and teachers.

Part I – How discussing the structure, affective charging, and functioning of the body within the occurrence of archetypal constellations can support the developmental view of archetypes

Chapter 2 – Exploring the origins of symbolic thinking: the intelligibility of the sensing and feeling brain

Chapter 4 – Archetypal imagery as mainly channelled by mental representations that mediate the here-now from partial simulations of the past, awakening or reliving the affectivity that marked it, and the background cognitive capacity that (by then) targeted its metabolisation

Chapter 5 – Affects, sounds, images, and actions: addressing the developmental formation and activation of archetypes through the consideration of image-schemas and PMA

Chapter 6 – The comparison of PMA to the fantasy-thinking mind

Conclusion to Part I

Chapter 7 – Proximities and distances between mental illness and mysticism

Chapter 10 – Arts and psychosis: Comprehending PMA expressions in their association