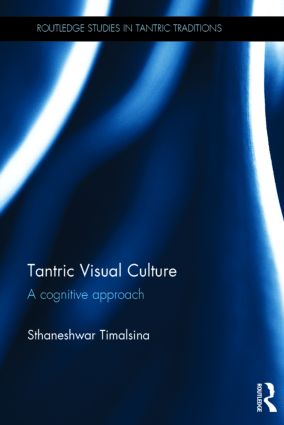 Indian culture relies greatly on visual expression, and this book uses both classical Indian and contemporary Western philosophies and current studies on cognitive sciences, and applies them to contextualize Tantric visual culture.

The work selects aspects of Tantric language and the practice of visualization, with the central premise to engage cognitive theories while studying images. It utilizes the contemporary theories of metaphor and cognitive blend, the theory of metonymy, and a holographic theory of epistemology with a focus on concept formation and its application to the study of myths and images. In addition, it applies the classical aesthetic theory of rasa to unravel the meaning of opaque images. This philosophical and cognitive analysis allows materials from Indian culture to be understood in a new light, while engaging contemporary theories of cognitive science and semantics. The book demonstrates how the domains of meaning and philosophy can be addressed within any culture without reducing their intrinsic cultural significance.

By addressing these key aspects of Tantric traditions through this approach, this book initiates a much-needed dialogue between Indian and Western theories, while encouraging introspection within the Indic traditions themselves. It will be of interest to those studying and researching Religion, Philosophy and South Asian Culture.

In this bold and brilliant book, Timalsina brings his formidable scholarship on Tantra to bear on questions regarding the nature and constitution of complex images, the purposes and techniques of visualization, the emotional dimension of abstract liturgical and cognitive processes, and the teleology of bodily discipline. The re-conceptualisation of Tantra in order to open up its potential to comparative philosophical understanding is provocative and thought-provoking; even more striking is the wide-ranging, astonishingly well-grounded and thoroughly original use of the ideas of cognitive linguistics in that endeavour. Not only scholars of Tantra and Hindu Studies more widely, but anyone interested in tackling fundamental philosophical questions about cognition, emotion and body should read this book; there is much benefit to be had from it.

Tantra, often misunderstood, finds illumination in this important book. Dr. Timalsina carefully explains the role of metaphor and metonymy as well as image and experience in this deeply affective exploration of the texts and practices of Tantra. Beautifully illustrated, this book gives access to material that has hitherto been unknown, including new perspectives on visualization through Yantra and Mandala as well as the efficacy and function of Mantra.

Routledge Studies in Tantric Traditions is a major new monograph series which has been established to publish scholarship on south, east and southeast Asian tantric traditions. The series aims to promote the serious study of both Hindu and Buddhist tantric traditions through the publication of anthropological and textual studies and will not be limited to any one method. Indeed, the series would hope to promote the view that anthropological studies can be informed by texts and textual studies informed by anthropology. The series will therefore publish contemporary ethnographies from different regions, philological studies, philosophical studies, and historical studies of different periods which contribute to the academic endeavour to understand the role of tantric texts and their meaning in particular cultural contexts. In this way, the series will hope to establish what the continuities and divergencies are between Buddhist and Hindu tantric traditions and between different regions. The series will be a major contribution to the fields of Indology, Sinology, History of Religions, and Anthropology.