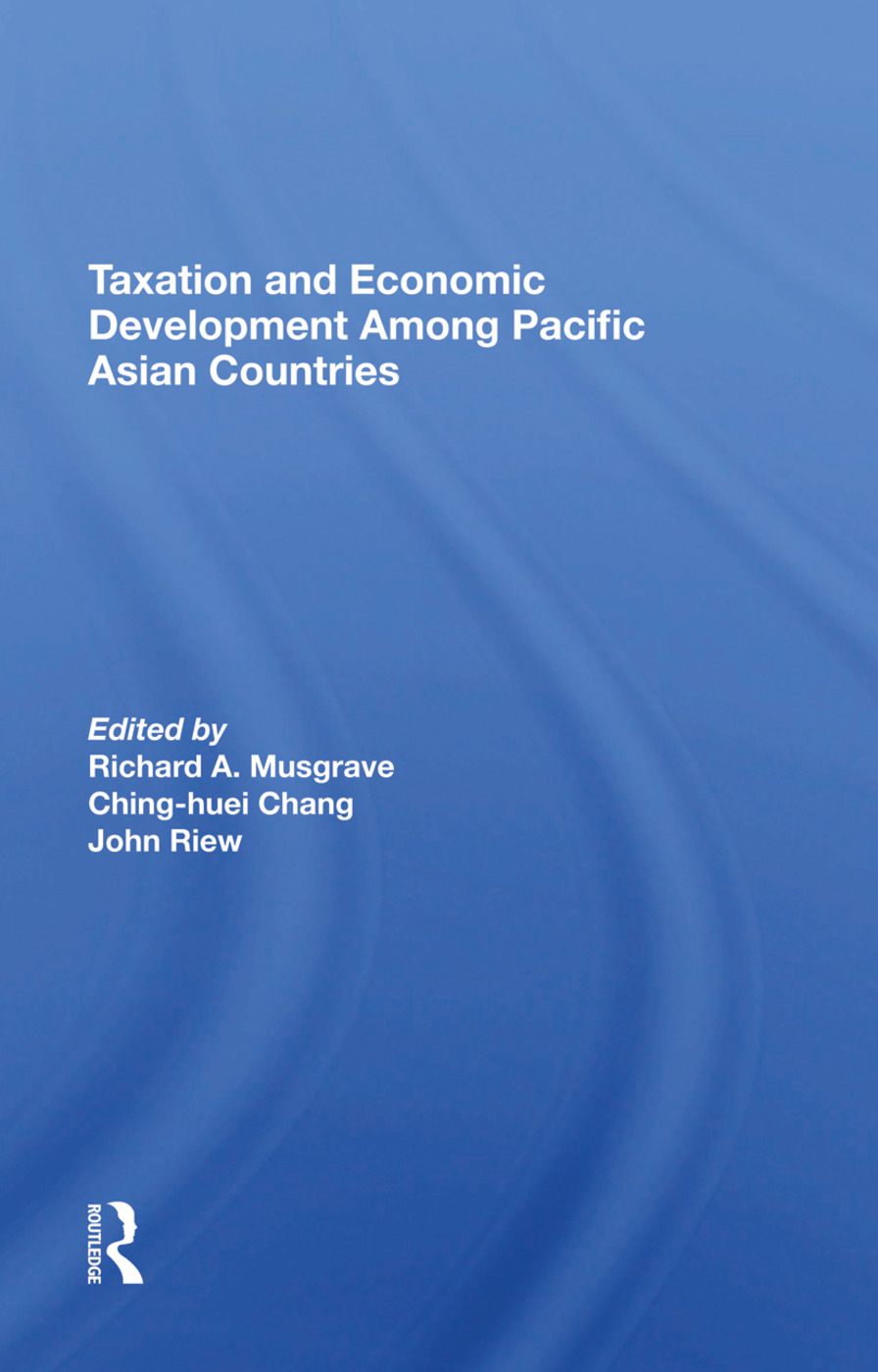 Ching-huei Chang is a research fellow at the Sun Yat-sen Institute for Social Sciences and Philosophy at Academia Sinica in Taipei. Ji Chou is a research fellow at the Chung-Hua Institution for Economic Research in Taipei. Richard A. Musgrave is H. H. Burbank Professor of Political Economy, Emeritus, at Harvard University and adjunct professor of economics at the University of California-Santa Cruz. John Riew is professor of economics at Pennsylvania State University. Gerardo P. Sicat is with the World Bank in Washington, D.C.