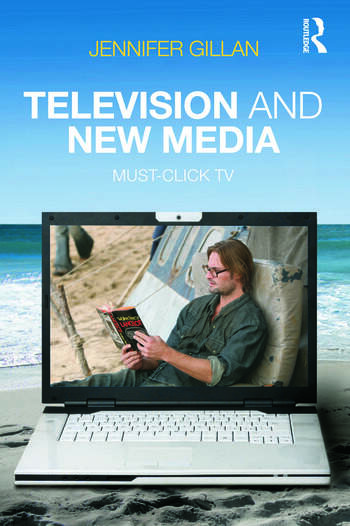 We watch TV on computers, phones, and other mobile devices; television is now online as much as it is "on air." Television and New Media introduces readers to the ways that new media technologies have transformed contemporary broadcast television production, scheduling, distribution, and reception practices. Drawing upon recent examples including Lost, 24, and Heroes, this book examines the ways that television programming has changed—transforming nearly every TV series into a franchise, whose on-air, online, and on-mobile elements are created simultaneously and held together through a combination of transmedia marketing and storytelling. Television studios strive to keep their audiences in constant interaction with elements of the show franchise in between airings not only to boost ratings, but also to move viewers through the different divisions of a media conglomerate.

Organized around key industrial terms—platforming, networking, tracking, timeshifting, placeshifting, schedule-shifting, micro-segmenting, and channel branding this book is essential for understanding how creative and industrial forces have worked together to transform the way we watch TV.

Television and New Media is a compelling examination of how new media mindsets have influenced network decision-making about everything from website design to the scheduling of programs. Showing a keen awareness of the cyclical nature of the industry, Gillan makes a strong contribution to TV Studies in the 21st Century!
—Sharon Ross, Columbia College Chicago

At the perfect time comes this engaging snapshot of the broadcast industry attempting to deal with radical changes in technology and consumption practices. Through a series of accessible case studies, Gillan captures the dramatic struggles and negotiations taking place between producers and audiences across old and new media platforms.
—Alisa Perren, Georgia State University

Television and New Media: Must Click-TV represents a vital reconfiguration of how we understand television's use of new media. Moving from a conception of "clicking" a remote to clicking a mouse to all of the different transmedia/media platforms clicking together, Gillan offers an astute and insightful assessment of the way in which TV production and reception have shifted and continue to transform in the new millennium. A must read for scholars and students of contemporary television, new media, and transmedia alike.
—Louisa Stein, Middlebury College

As television's transition from "network" to "networked" medium enters its third decade, critics, academics, industry workers, and audiences continue to struggle to make sense of the events of the preceding 20 years. . . . Jennifer Gillan's Television and New Media: Must-Click TV comes along at the perfect time, as its careful examination of American broadcast networks' evolving programming and promotional strategies provides clarity on what has become an increasingly obscure object of study. . . . Television and New Media is a valuable addition to the field and will hopefully inspire others to produce similarly thorough analyses of contemporary television studies.
—Cory Barker, Bowling Green State University, in Popular Communication 9:3