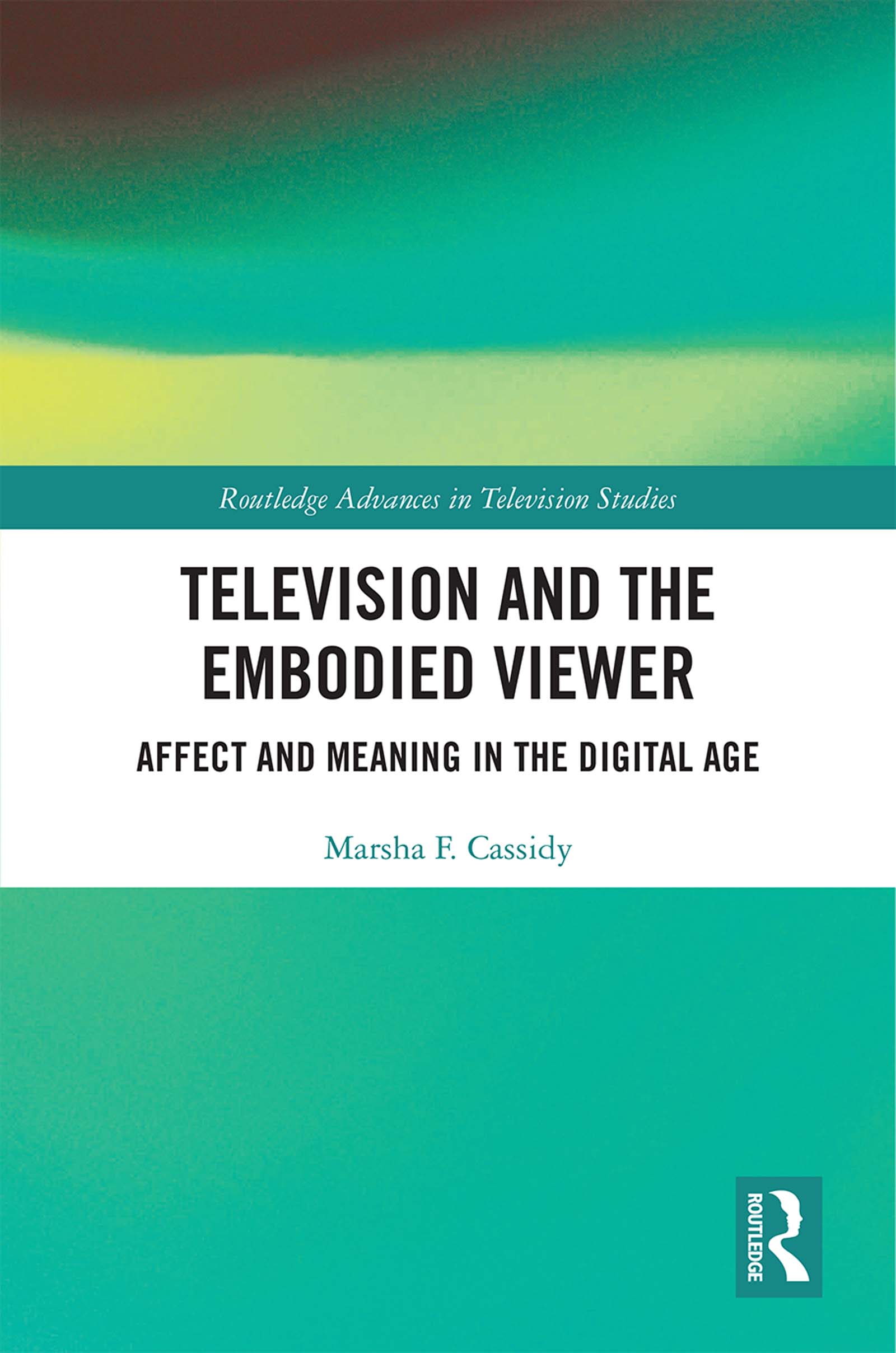 Television and the Embodied Viewer

Affect and Meaning in the Digital Age, 1st Edition

Television and the Sensate Body in the Digital Age appraises the medium’s capacity to evoke sensations and bodily feelings in the viewer. Presenting a fresh approach to television studies, the book examines the sensate force of onscreen bodies and illustrates how TV’s multisensory appeal builds viewer empathy and animates meaning.

The book draws extensively upon interpretive viewpoints in the humanities to shed light on a range of provocative television works, notably The Americans, Mad Men, Little Women: LA, and Six Feet Under, with emphasis on the dramatization of gender, disability, sex, childbearing, and death. Advocating a biocultural approach that takes into account the mind sciences, Cassidy argues that interpretive meanings, shaped within today’s dynamic cultural matrix, are amplified by somatic experience.

At a time when questions of embodiment and affect are crossing disciplines, this book will appeal to scholars and students working in the fields of television, film, and media studies, both in the humanities and cognitive traditions.

Chapter One: Television, Sensation, and Meaning

: Watching Television: Bodies on Both Sides of the Screen

: Mad Men: The Pleasures and Perils of Food and Drink

: Meditating with Corpses: Six Feet Under, Decaying Bodies, and the Transcendent

Marsha F. Cassidy, newly retired as a Senior Lecturer, teaches media studies in the Department of English and in the Honors College at the University of Illinois at Chicago. She is a television scholar with interests in television history, feminism, disability studies, and research on the body. Her first book, What Women Watched: Daytime Television in the 1950s, offers a feminist perspective on popular women’s genres.