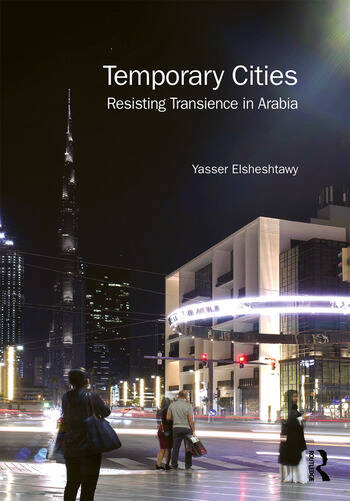 Are Arab Gulf cities, the likes of Dubai, Abu Dhabi or Doha, on their way to extinction? Is their fate obsolescence? Or, are they the model for our urban future? Can a city whose very existence is predicated on an imported labour force who build and operate these gleaming urban centres remain a viable urban entity? Could the transient nature of this urban model, its temporariness and precariousness, also be its doom? In this wide-ranging book Yasser Elsheshtawy takes on these tough, but necessary, questions aiming to examine the very nature of the Arab Gulf city and whether it can sustain its existence throughout the twenty-first century. Having lived in the region for more than two decades he researched its marginalized and forgotten urban settings, trying to understand how a temporary people can live in a place that inherently refuses to give them the possibility of becoming citizens. By being embedded in these spaces and reconciling their presence with his own personal encounters with transience, he discovered a resilience and defiance against the forces of the hegemonic city. Using subtle acts of resistance, these temporary inhabitants have found a way to sustain and create a home, to set down roots in the midst of a fast changing and transient urbanity. Their stories, recounted in this book through case studies and in-depth analysis, give hope to cities everywhere. Transience is not a fait accompli: rather the actions of citizens, residents and migrants – even in the highly restrictive spaces of the Gulf – show us that the future metropolis may very well not turn out to be a ‘utopia of the few and a dystopia of the many’. This could be an illusion, but it is a necessary illusion because the alternative is irrelevance.

Yasser Elsheshtawy is an independent scholar, researcher and writer. He is author of Dubai: Behind an Urban Spectacle and editor of Planning Middle Eastern Cities and The Evolving Arab City, published in the Planning, History and Environment series.

'Based on several years of field research and an extraordinarily creative approach, that mixes behaviour mapping, architectural plans, pictures capturing life moments, testimonies and literary accounts, this book is truly ‘an ode to the resilience and ingenuity of the temporary inhabitants of the Khaliji city’ in the author’s words.

Yasser Elsheshtawy manages the tour de force of being as deeply analytical, intellectually nuanced as profoundly moving and emotional in demonstrating masterfully the sheer impossibility to obey the absurd injunction of not to belong where you live.' - Claire Beaugrand, Institute of Arab and Islamic Studies, University of Exeter, author of Stateless in the Gulf: Migration, Nationality and Society in Kuwait

'Temporary Cities is to urban studies what Proust’s In Search of Lost Time is to French literature: a masterpiece … [the book is] an invaluable contribution not only for urbanists but all social scientists who, interested in ethnography, grapple with tangibly researching the pervasiveness of authoritarianism and political silencing prevailing in the Gulf hierarchical and segregated societies and, more widely, the exclusionary systems that globalizing cities represent.' - Claire Beaugrand, Institute of Arab and Islamic Studies, University of Exeter, Built Environment Journal

'With his latest book, one of the most reputed urban scholars on Dubai, Yasser Elsheshtawy, provides an unrivalled fine-grained ethnographic insight into the urban life and every-day struggles that he and countless others have encountered in the rising Gulf cities. This book delivers an impassioned transnational call: recognizing these intensively lived-in places and their most diverse migrant peoples would not only lead to more just local societies, but also provide ever higher opportunities for both cities and their populations to root, endure and thrive.' - Davide Ponzini, Associate Professor of Urban Planning, Politecnico di Milano, co-editor (with Harvey Molotch) of The New Arab Urban: Gulf Cities of Wealth, Ambition and Distress