Territories
The Claiming of Space 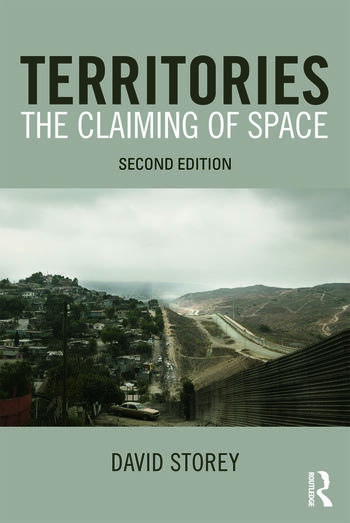 Territories: The Claiming of Space

Politics and political relationships underpin the world we live in. From the division of the earth’s surface into separate states to the placement of ‘keep out’ signs, territorial strategies to control geographic space can be used to assert, maintain or resist power and as a force for oppression or liberation. Forms of exclusion can be consolidated and reinforced through territorial practices, yet they can also be resisted through similar means. Territoriality can be seen as the spatial expression of power, with borders dividing those inside from those outside.

The extensively revised and updated second edition continues to provide an introduction to theories of territoriality and the outcomes of territorial control and resistance. It explores the construction of territories and the conflicts which often result using a range of examples drawn from various spatial scales and from many different countries. It ranges in coverage from conflicts over national territory (such as Israel/Palestine, Northern Ireland, South Ossetia) to divisions of space based around class, gender and race. While retaining the key elements of the first edition, this new edition covers contemporary debates on nationalism, territorialization, globalization and borders. It updates the factual content to explore the territorial consequences of ‘9/11’, the ‘war on terror’ and the conflicts in Iraq and Afghanistan. It also examines migration, refugees, the territorial expansion of the European Union, and territorial divisions in the home and workplace.

The book emphasizes the underlying processes associated with territorial strategies and raises important questions relating to place, culture and identity. Key questions emerge concerning geographic space, who is ‘allowed’ to be in particular spaces and who is barred, discouraged or excluded.  Written from a geographical perspective, the book is inter-disciplinary, drawing on ideas and material from a range of academic disciplines including, history, political science, sociology, international relations, cultural studies. Each chapter contains boxed case studies, illustrations and guides to further reading.

David Storey is a Senior Lecturer in Geography at University of Worcester, UK.

"Simply put, the best text on the territorial dimensions of power. Guided by a sophisticated, yet accessible discussion of the theoretical underpinnings of territoriality, Storey explores territorial strategies of control and resistance and shows how the demarcation of space is central in the construction of identities, culture, and place. Written in a lucid style, well-illustrated with images and maps, and comprehensive in scope, Territories provides an effective introduction to the major political processes that shape the modern state system from the local to the global scale; it is indispensible reading for students of nationalism, conflict and globalization."  Professor Guntram H. Herb, Middlebury College, Vermont, USA.

"The first place I'll send my students. A very helpful introduction to a complicated topic, at a range of spatial scales. It is clearly written without ducking difficult questions, and there are plenty of examples. It has been thoroughly updated, both empirically and theoretically, from the previous edition. Highly recommended."  Professor Stuart Elden, Durham University, UK.