The Aesthetics of the Undersea 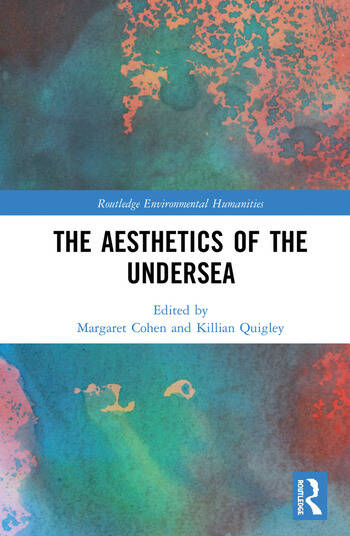 The Aesthetics of the Undersea

Among global environments, the undersea is unique in the challenges it poses – and the opportunities it affords – for sensation, perception, inquiry, and fantasy. The Aesthetics of the Undersea draws case studies in such potencies from the subaqueous imaginings of Western culture, and from the undersea realities that have inspired them. The chapters explore aesthetic engagements with underwater worlds, and sustain a concern with submarine "sense," in several meanings of that word: when submerged, faculties and fantasies transform, confronting human subjects with their limitations while enlarging the apparent scope of possibility and invention. Terrestrially-established categories and contours shift, metamorphose, or fail altogether to apply. As ocean health acquires an increasing share of the global environmental imaginary, the histories of submarine sense manifest ever-greater importance, and offer resources for documentation as well as creativity.

The chapters deal with the sensory, material, and formal provocations of the underwater environment, and consider the consequences of such provocations for aesthetic and epistemological paradigms. Contributors, who hail from the United States, United Kingdom and Australia, include scholars of literature, art, new media, music and history. Cases studies range from baroque and rococo fantasies to the gothic, surrealism, modernism, and contemporary installation art. By juxtaposing early modern and Enlightenment contexts with matters of more recent – and indeed contemporary – importance, The Aesthetics of the Undersea establishes crucial relations among temporally remote entities, which will resonate across the environmental humanities.

Margaret Cohen is Andrew B. Hammond Professor of French Language, Literature, and Civilization at Stanford University, where she teaches in the Departments of Comparative Literature and English.