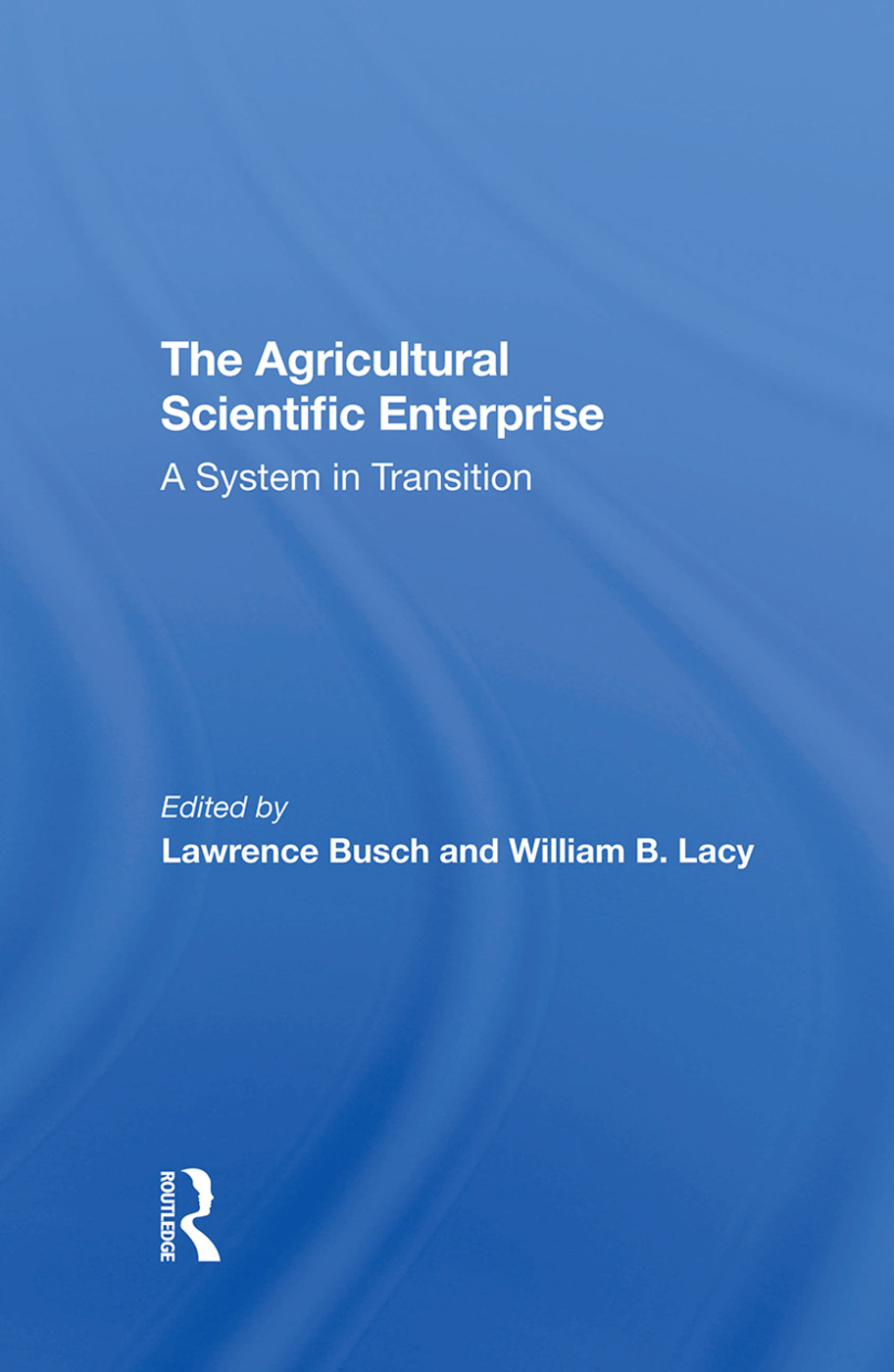 A System In Transition, 1st Edition

The State Agricultural Experiment Stations have played a fundamental role in the development of science and agriculture in the United States. From their inception in 1887, the experiment stations have attempted to wed basic research with practical application and have helped institutionalize a utilitarian approach to agricultural science. Agricultural research and the new technology it helped to generate were major factors in the transformation of U.S. agriculture into a high technology, mechanized, science-based industry. Moreover, the experiment stations, as the first large-scale, publicly supported scientific research institutions in the United States, have also long been models for scientific institutions both here and abroad. Compiled for the 1987 centennial of the State Agricultural Experiment Stations, this volume critically examines past performance, current issues, and future directions for public agricultural research in the United States. Each of the authors, drawn from disciplines as diverse as philosophy and agronomy, focuses on a central concern for the scientific enterprise. Issues include priority setting, maintaining and promoting disciplinary and interdisciplinary effectiveness, supporting higher education for agriculture, and efficacious dissemination of research findings. By setting these issues in their historical and philosophical context, the volume suggests new approaches for meeting the continuing challenge to achieve equity, efficiency, sustainability, flexibility, conservation, and consistency with other objectives of U.S. society.