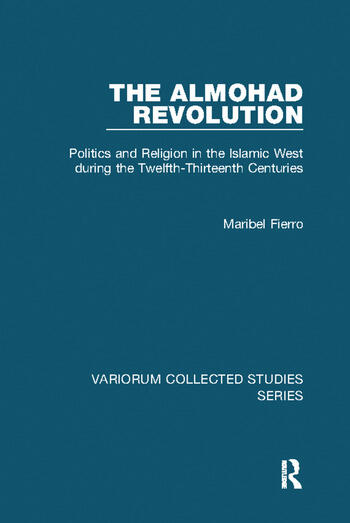 The Almohad Revolution: Politics and Religion in the Islamic West during the Twelfth-Thirteenth Centuries

The studies in this collection comprise a series of explorations into the revolutionary character of the Almohad movement in medieval North Africa and Spain and how it was expressed, including through compelling visual and auditory means. Almohad silver coins were minted square instead of round, and they carried no date, as if to indicate that a new era had begun. The new age was symbolized in the texts appearing on the coins, reminding Muslims that 'God is our Lord, Muhammad is our Prophet, the Mahdi is our imam', and that a new caliphate had begun. Almoravid mosques were purified and attempts were made to correct their orientation (qibla). Also, both non-Almohad Muslims and non-Muslims were obliged to learn the Almohad profession of faith, in what was in fact a forced conversion to the Almohad understanding of true religion. New scholarly elites - entrusted with the propagation and maintenance of Almohad beliefs and practices - were created by the Almohad caliphs. Philosophy flourished with Ibn Tufayl and Ibn Rushd (Averroes) serving the new rulers. These articles by Professor Fierro are an attempt at explaining what put in motion such a revolution, how it developed and changed, and the influences it had both in the Islamic and non Islamic worlds. Eight of the studies have been translated into English, from Spanish and French, specially for publication here.

Contents: Introduction; Spiritual alienation and political activism: the ghuraba in al-Andalus during the 6th/12th century; Between the Maghreb and al-Andalus: political and religious authority under the Almoravids; The mahdi Ibn Tumart and al-Andalus: the constructionn of Almohad legitimacy; The Almohads and the Fatmids; The genealogies of 'Abd al-Mu'min, the first Almohad caliph; Coins of the Almohad era: I The dinar of QÄá¸i ›IyÄá¸ that never was. II When the first Almohad coins were minted and the question of the lawfulness of minting coins; Revolution and tradition: some aspects of the world of scholarship in al-Andalus during the Almoravid and Almohad periods; Legal doctrine and practice under the Almohads; The title of the Almohad chronicle by Ibn á¹¢Äá¸¥ib al-á¹¢alÄt; Some considerations on Almohad itinerant power; Christian success and Muslim fear in Andalusi writings during the Almoravid and Almohad periods; The legal policies of the Almohad caliphs and Ibn Rushd's Bidayat al-mujtahid; Conversion, ancestry and universal religion: the case of the Almohads in the Islamic West (6th/12th-7th/13th centuries); Alfonso X 'the Wise', the last Almohad caliph?; Index.

'This collection of some of Fierro’s most influential articles ... provides an excellent opportunity to read her groundbreaking work in translation.' Speculum '[A] rich work ... [this book] exemplifies Fierro's rigorous scholarly engagement with the Almohads and is an immensely valuable contribution to the history of the Islamic West in the sixth/twelfth and seventh/thirteenth centuries.' Al Masaq