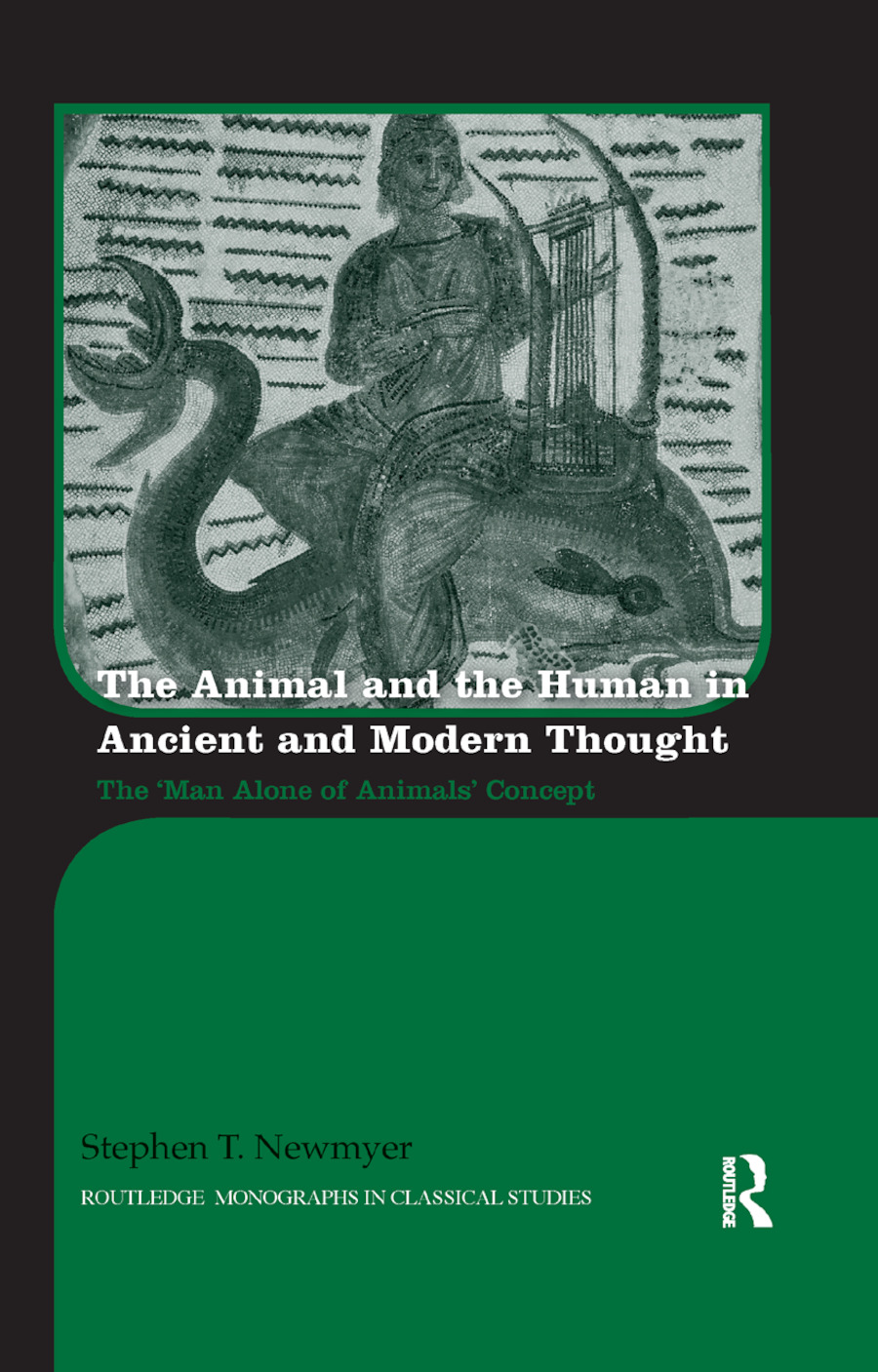 The Animal and the Human in Ancient and Modern Thought

Ancient Greeks endeavored to define the human being vis-à-vis other animal species by isolating capacities and endowments which they considered to be unique to humans. This approach toward defining the human being still appears with surprising frequency, in modern philosophical treatises, in modern animal behavioral studies, and in animal rights literature, to argue both for and against the position that human beings are special and unique because of one or another attribute or skill that they are believed to possess. Some of the claims of man’s unique endowments have in recent years become the subject of intensive investigation by cognitive ethologists carried out in non-laboratory contexts. The debate is as lively now as in classical times, and, what is of particular note, the examples and methods of argumentation used to prove one or another position on any issue relating to the unique status of human beings that one encounters in contemporary philosophical or ethological literature frequently recall ancient precedents.

This is the first book-length study of the ‘man alone of animals’ topos in classical literature, not restricting its analysis to Greco-Roman claims of man’s intellectual uniqueness, but including classical assertions of man’s physiological and emotional uniqueness. It supplements this analysis of ancient manifestations with an examination of how the commonplace survives and has been restated, transformed, and extended in contemporary ethological literature and in the literature of the animal rights and animal welfare movements. Author Stephen T. Newmyer demonstrates that the anthropocentrism detected in Greek applications of the ‘man alone of animals’ topos is not only alive and well in many facets of the current debate on human-animal relations, but that combating its negative effects is a stated aim of some modern philosophers and activists.

1. Introduction: "Man Alone of Animals": An Ancient Commonplace and Its Survivals

3. The Philosophical Underpinnings of the Concept: Why Such a Concept in Classical Thought?

4. What Makes Man Human? The Reign of Logos

5. The Importance of Being Rational: Logos and Moral Value

6. Body Image: Physiology and the Rise of Civilization

Stephen T. Newmyer is Professor of Classics at Duquesne University, USA. He is author of several books and articles, most recently Animals, Rights, and Reason in Plutarch and Modern Ethics (Routledge, 2006) and Animals in Greek and Roman Thought: A Sourcebook (Routledge, 2011).