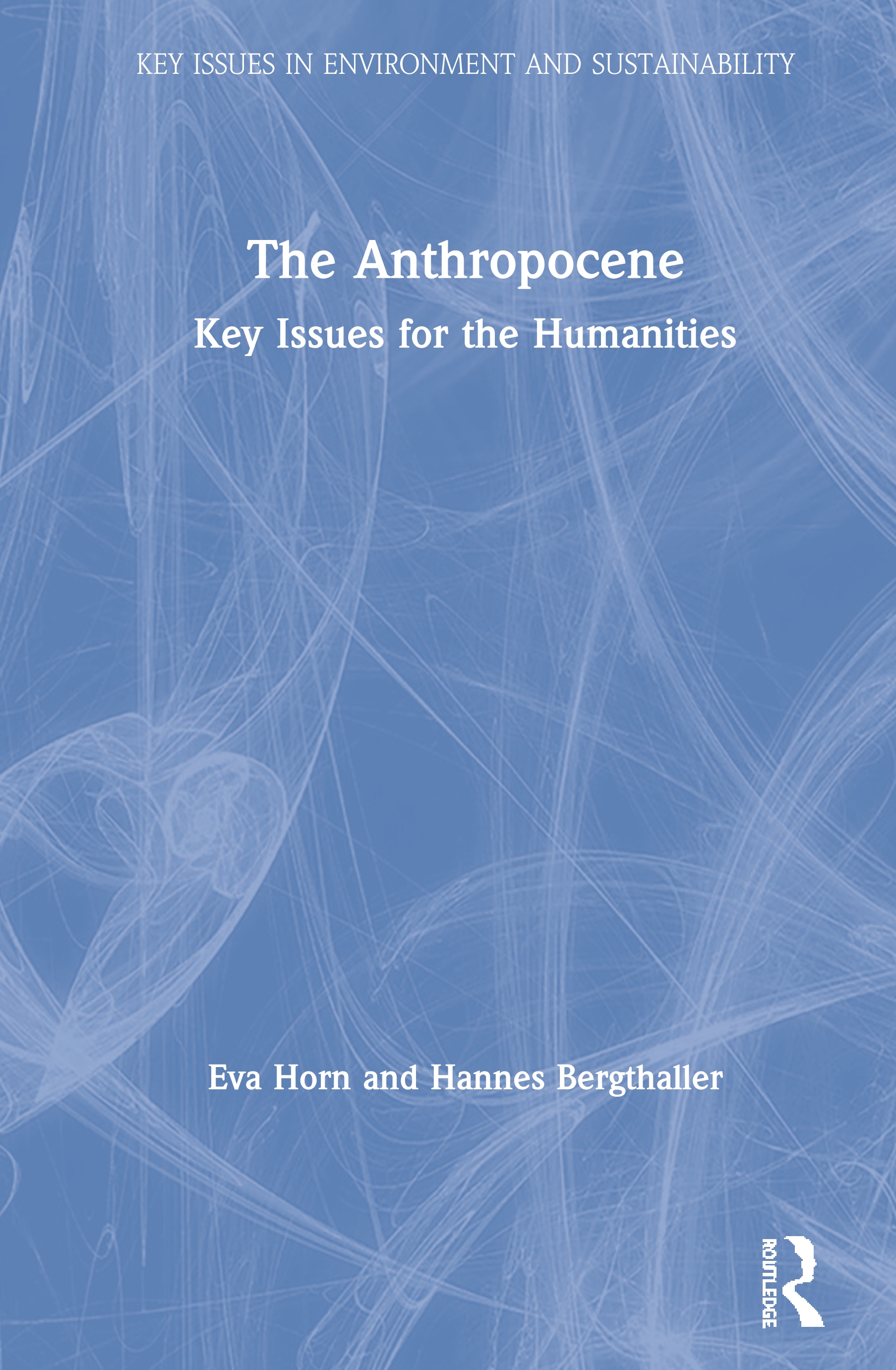 The Anthropocene is a concept which challenges the foundations of humanities scholarship as it is traditionally understood. It calls not only for closer engagement with the natural sciences but also for a synthetic approach bringing together insights from the various subdisciplines in the humanities and social sciences which have addressed themselves to ecological questions in the past. This book is an introduction to, and structured survey of, the attempts that have been made to take the measure of the Anthropocene, and explores some of the paradigmatic problems which it raises.

The difficulties of an introduction to the Anthropocene lie not only in the disciplinary breadth of the subject, but also in the rapid pace at which the surrounding debates have been, and still are, unfolding. This introduction proposes a conceptual map which, however provisionally, charts these ongoing discussions across a variety of scientific and humanistic disciplines.

This book will be essential reading for students and researchers in the environmental humanities, particularly in literary and cultural studies, history, philosophy, and environmental studies.

"The Anthropocene: Key Issues for the Humanities provides an excellent survey of the debates surrounding the new geological ‘Age of Humans’ from the perspective of the humanities. It offers impressively precise and pointed summaries of essential arguments from philosophy, anthropology, history, politics, and the arts regarding human transformations of the global environment. Even the most complex ideas are presented in a clear and engaging fashion. A must-read for all readers with an interest in environmental issues!" — Ursula K. Heise, Marcia H. Howard Chair in Literary Studies at the Department of English and the Institute of Environment and Sustainability at UCLA, USA

"Sometimes, timing is everything. Horn and Bergthaller intervene at an important moment in the debates about the Anthropocene. The idea that we are entering a new epoch of Earth time in which human beings are playing a key role is one that needs to be to be shaped and contested by the widest possible set of interlocutors. In order for that to happen, people beyond the ‘core set’ of those from various disciplines who have been debating the Anthropocene for the last two decades need to be given the tools to join this urgent collective task. This book, readable and clear without ducking the difficult questions, will help make that possible.

The authors are both accomplished and perceptive thinkers, but like the most generous of hosts they do not make themselves the centre of attention – instead, that place goes to their guests, the readers. Horn and Bergthaller provide a very balanced introduction to the terrain; but then, rather than offering yet another magical solution to all the political and epistemological tensions in the Anthropocene concept, and thereby simply adding to the cacophony of interpretations, they then give us a 'cartography of faultlines', gently guiding us through the task of coming to our own sense-making of this turbulent time in both Earth processes and human thought."

"Over the past decade, the Anthropocene has become the paradigmatic object of inquiry in the emergent environmental humanities, but nowhere has it been explored so comprehensively or incisively as Horn and Bergthaller do here. ‘Anthropocene’ is also a vigorously contested term, for which they examine both predecessors and competitors, whilst making a persuasive case for its continued deployment in a nuanced manner that integrates pertinent critiques. As well as revisiting earlier theoretical paradigms, such as Michel Foucault’s notion of ‘biopolitics’, through the lens of the Anthropocene, they also introduce Anglophone readers to less well-known perspectives from German environmental theory, such as Rolf Peter Sieferle’s eco-historical concept of the socio-metabolic regime. Underpinned by a careful consideration of the scientific research underlying the proposal that the planet has entered a new geological era marked by the largely ecologically disastrous impacts of globalising industrial society, Horn’s and Bergthaller’s brilliant analysis of the implications of this historically unprecedented, and extremely perilous, situation extends to questions of epistemology, religion, ethics, politics, aesthetics and poetics. Attending also to how the postulate of the Anthropocene is being taking up and reinterpreted in non-Western, especially Asian, contexts, this book has a valuably transnational as well as a profoundly transdisciplinary reach. As such, it is itself a fine exemplar of the project of the environmental humanities."

"The start of the Anthropocene marks a dangerous new phase in the life of the planet with profound and unsettling consequences to the human enterprise. For anyone in search of a lucid guide to these problems, Horn and Bergthaller have written an elegant and accessible survey, which introduces us to the intricacies of earth system science without ever losing sight of social and historical perspectives.  In eleven succinct chapters, Horn and Bergthaller explore the key contributions of the Anthropocene framework to the humanities, including questions of agency, limits, justice, energy and scale.  This is that rare kind of introductory text which will be of value to both newcomers and advanced students."

"The Anthropocene – a proposed name for a new and human-dominated geological epoch - is both a scientific and a popular term, mired in debates and controversies that have deeply influenced humanist thought of our times. Readers will find in Horn and Bergthaller’s book not only a lucid guide to these debates but also an intelligent and thoughtful framework through which to view them. A very welcome addition to the burgeoning literature in the humanities on the Anthropocene."

10. Scales I: The Planetary

12. Conclusion: How Western Is the Anthropocene?

Eva Horn is a Professor at the Institute for German Studies at the University of Vienna, Austria.

is a Professor at the Department of Foreign Languages and Literatures at National Chung-Hsing University, Taichung, Taiwan.

Key Issues in Environment and Sustainability

This series provides comprehensive, original and accessible texts on the core topics in environment and sustainability. The texts take an interdisciplinary and international approach to the key issues in this field.