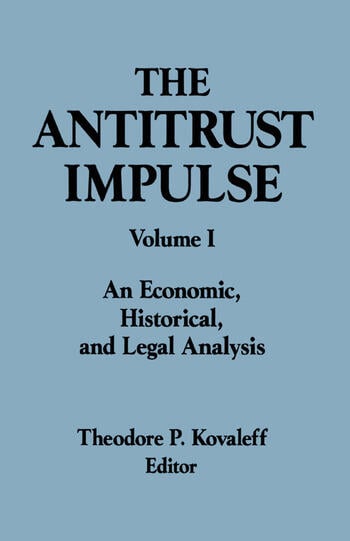 The Antitrust Division of the Department of Justice: Complete Reports of the First 100 Years

Analyzes the newly available statistical evidence on income distribution in the former Soviet Union both by social group and by republic, and considers the significance of inequalities as a factor contributing to the demise of the Communist regime.