The Archaeology of the 11th Century
Continuities and Transformations 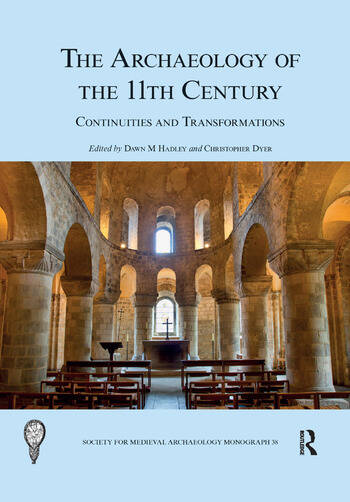 The Archaeology of the 11th Century: Continuities and Transformations

The Archaeology of the 11th Century addresses many key questions surrounding this formative period of English history and considers conditions before 1066 and how these changed. The impact of the Conquest of England by the Normans is the central focus of the book, which not only assesses the destruction and upheaval caused by the invading forces, but also examines how the Normans contributed to local culture, religion, and society. The volume explores a range of topics including food culture, funerary practices, the development of castles and their impact, and how both urban and rural life evolved during the 11th century. Through its nuanced approach to the complex relationships and regional identities which characterised the period, this collection stimulates renewed debate and challenges some of the long-standing myths surrounding the Conquest. Presenting new discoveries and fresh ideas in a readable style with numerous illustrations, this interdisciplinary book is an invaluable resource for those interested in the archaeology, history, geography, art, and literature of the 11th century.

4 Conquest, colonisation and the countryside: archaeology and the mid-11th- to mid-12th-century rural landscape
Oliver Creighton and Stephen Rippon

12 The Bayeux Tapestry: window to a world of continuity and change
Michael Lewis

13 Cuisine and conquest: interdisciplinary perspectives on food, continuity and change in 11th-century England and beyond
Ben Jervis, Fiona Whelan and Alexandra Livarda

Dawn M Hadley is Head of the Department of Archaeology at the University of Sheffield, UK.

Christopher Dyer is Emeritus Professor of History at the University of Leicester, UK.