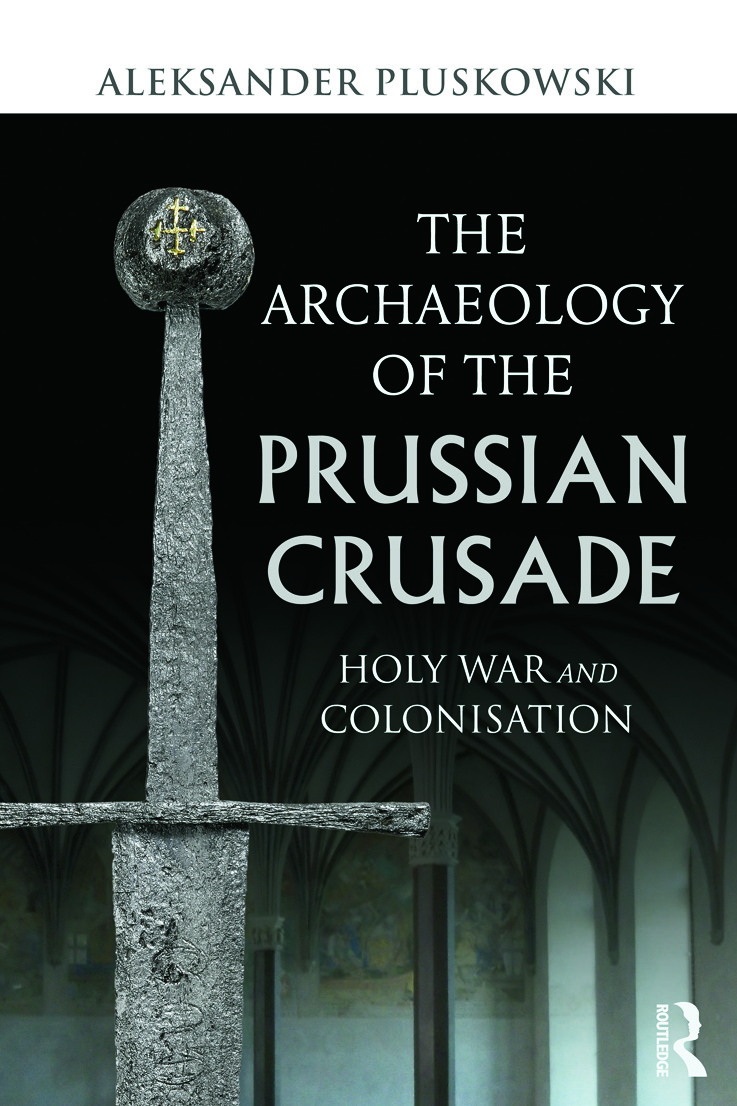 The Archaeology of the Prussian Crusade

The Archaeology of the Prussian Crusade explores the archaeology and material culture of the crusade against the Prussian tribes in the 13th century, and the subsequent society created by the Teutonic Order which lasted into the 16th century. It provides the first synthesis of the material culture of a unique crusading society created in the south-eastern Baltic region over the course of the 13th century. It encompasses the full range of archaeological data, from standing buildings through to artefacts and ecofacts, integrated with written and artistic sources. The work is sub-divided into broadly chronological themes, beginning with a historical outline, exploring the settlements, castles, towns and landscapes of the Teutonic Order’s theocratic state and concluding with the role of the reconstructed and ruined monuments of medieval Prussia in the modern world in the context of modern Polish culture.

This is the first work on the archaeology of medieval Prussia in any language, and is intended as a comprehensive introduction to a period and area of growing interest. This book represents an important contribution to promoting International awareness of the cultural heritage of the Baltic region, which has been rapidly increasing over the last few decades.

"This is an excellent study of the development, consolidation, and eventual destruction of the Teutonic Knights' Prussian state. Pluskowski deserves praise not only for making his subject accessible to Anglophone audiences, but also for demonstrating the critical role of archaeology in ensuring a fuller understanding of medieval history. It is no small accomplishment to have synthesized such a massive volume of archaeological research and brought it to bear in a coherent way on important historical questions…The Archaeology of the Prussian Crusade is now an essential study for specialists and will be useful in graduate courses, particularly those designed to show students what good interdisciplinary research should look like." - David S. Bachrach, Michigan War Studies Review

"A debt of gratitude is owed to Pluskowski for bringing together such an enormous wealth of material otherwise only available in German, Polish and other eastern European publications and for presenting it in an accessible and intelligible form. In doing so he provides both a critical assessment of present knowledge and a blueprint for future research." - Denys Pringle, Cardiff University, UK

"This is an important book with Pluskowski following in the footsteps of Adrian Boas and Denys Pringle to further expand the understanding of crusades through the scholarship of archaeology. It contributes to an increasing awareness of the history of the southern Baltic region and acts as a counterbalance to oversimplifications or assumptions of incoherence that inform the historiography of the region, especially in English." -Darius von Güttner-Sporzynski, University of Melbourne, Australia

"The Archaeology of the Prussian Crusade is a welcome and timely synthesis that plugs a major gap in current scholarship: the lack of any significant archaeological contribution in English to the study of the Northern Crusades. There is nothing currently in print to rival this book, and it should be essential reading for all students of the Crusades in the Baltic." – Tom Williams, British Museum

1. Introduction 2. Pagan Prussia: Early Medieval Baltic Society 3. The Ravages of Holy War: Crusade and Colonisation in the 13th Century 4. A Land of Red Castles: Consolidating the Order’s State 5. The Rise of Towns: Urbanisation and International Trade 6. Converting Prussia: Churches, Monasteries and Pilgrimage 7. From Forest to Field: The Changing Environment of Medieval Prussia 8. Prussia Reforming: The Decline of the Order’s State in the 15th century 9. Contested Heritage: Constructing Memories of the Prussian Crusade

Aleksander Pluskowski is Lecturer in Medieval Archaeology at Reading University.