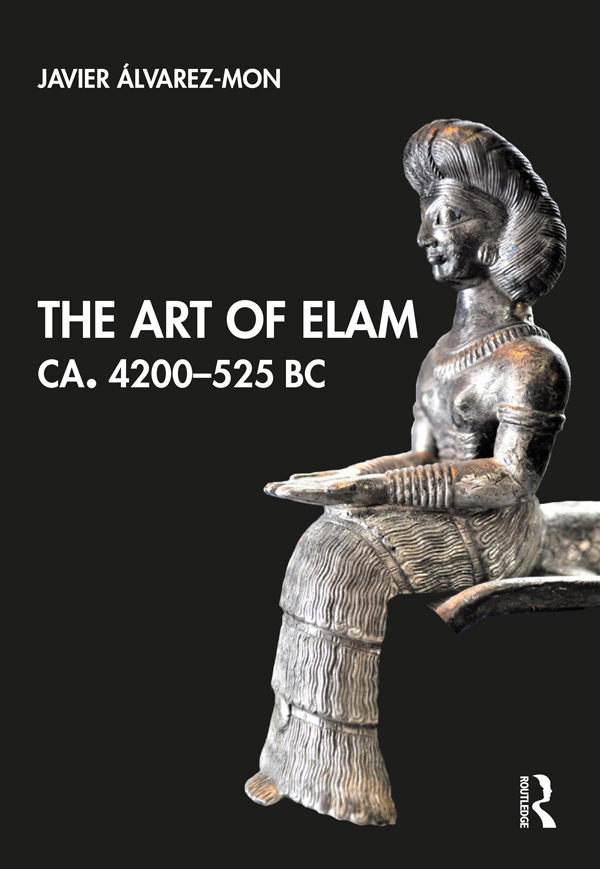 The Art of Elam ca. 4200-525 BC offers a view of, and a critical reflection on, the art history of one of the world’s first and least-known civilizations, illuminating a significant chapter of our human past.

Not unlike a gallery of historical paintings, this comprehensive treatment of the rich heritage of ancient Iran showcases a visual trail of the evolution of human society, with all its leaps and turns, from its origins in the earliest villages of southwest Iran at around 4200 BC to the rise of the Achaemenid Persian empire in ca. 525 BC. Richly illustrated in full colour with 1450 photographs, 190 line drawings, and digital reconstructions of hundreds of artefacts—some of which have never before been published—The Art of Elam goes beyond formal and thematic boundaries to emphasize the religious, political, and social contexts in which art was created and functioned.

Such a magisterial study of Elamite art has never been written making The Art of Elam ca. 4200-525 BC a ground-breaking publication essential to all students of ancient art and to our current understanding of the civilizations of the ancient Near East.

"Elam was the starting point for arts, which were to be influential east, west and north. In many ways they represent in some detail the beginning of descriptive and narrative art for a major part of the ancient world. A thorough new study incorporating the latest finds and theories has long been needed, to blow the dust off old theories and look again at the sometimes startling and always engaging evidence. Alvarez-Mon does just that and earns our gratitude." - Sir John Boardman, University of Oxford, UK.

"In The Art of Elam Javier Álvarez-Mon provides an unrivalled, comprehensive description of one of the more neglected, major artistic traditions of the ancient world. Thanks to his exceptional efforts, the millennial time-honored art of Elam – the distinctive art of pre-Achaemenid southwestern Iran – is at last given its proper due. In this ground-breaking work, new standards of commentary and analysis and a stunning array of pertinent illustrations give life to the religious and political messages that were transmitted through the centuries by the signal arts of Elam. All students of ancient art owe a substantial debt to the author of this magisterial study." - David Stronach, University of California at Berkeley, USA.

"Javier Álvarez-Mon has produced a work combining deep knowledge, judicious commentary and extraordinary graphics that reveals the art of Elam in a way never before seen. His comprehensive survey of every genre of material culture displaying the artistic creativity of the Elamites, from small objects to monumental rock-reliefs, is staggering in its breadth. He has put every student of the ancient Near East, and indeed of ancient art, in his debt. This work sets an entirely new standard in the field." - D.T. Potts, New York University, USA.

i. About this Book

ii. The Land of Elam

10. Untash-Napirisha and His City of Gods (14th Century BC)

12. Elam in the First Millennium: Resilience and Renaissance

Conclusion: The Legacy of Elamite Art and its Future

Javier Álvarez-Mon Sánchez, a native of Spain, holds degrees in ancient Near Eastern art and archaeology from the École du Louvre (Paris) and the University of California at Berkeley, and in Religious Studies and Theology from the Graduate Theological Union and Jesuit School of Theology at Berkeley. A 2003 Fullbright-Hays (DDRA) Fellow and 2014–2018 Future Fellow (Australian Research Council), he has taught at the University of Sydney (Australia) and is presently Associate Professor in Near Eastern Archaeology and Art at Macquarie University, Sydney (Australia). He is author and co-editor of numerous articles dedicated to the ancient Iranian civilizations of Elam and early Achaemenid Persia, as well as several books: The Arjan Tomb (2010), Elam and Persia (2011); The Elamite World (2018, Routledge), and Monumental Reliefs of the Elamite Highlands, a Complete Inventory and Analysis, from the 17th to 6th Century BC (2019).