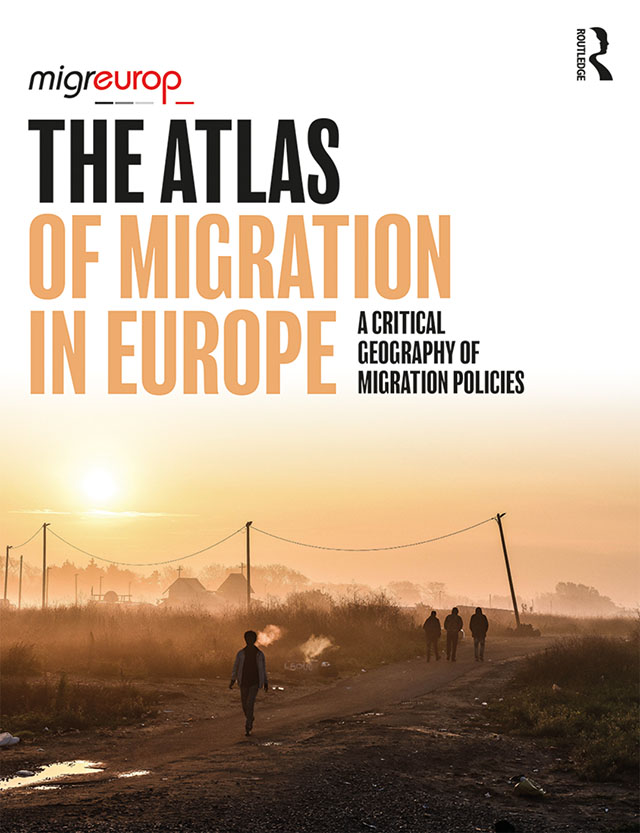 The Atlas of Migration in Europe

This book follows the journeys of those fleeing war, poverty or political crises, risking their lives as they attempt to find sanctuary in Europe. Over the past 25 years, almost 40,000 migrants have been reported missing or died due to drowning or exhaustion on the borders of Europe. 6,000 migrants died in 2016 alone, making it the deadliest year on record.

Growing numbers of arrivals since 2015 have caused a wave of panic to sweep across the countries of the European Union, which has responded with an increasingly entrenched policy – the only one it considers appropriate – of fortifying its external borders. As a result, numerous walls and fences have sprung up to "regulate the flows", new camps have been opened and reception centres have been set up beyond the frontiers of Europe, all accompanied by the steady militarisation of surveillance and repression. The EU has thus been just as active in precipitating this "migrant crisis" as it has been in prolonging its effects. Indeed, this crisis calls into question the entire European system for border management and policies on immigration and reception.

Deconstructing preconceptions, changing the way we see others, probing borders and mapping the nexus of control and detention, the collection of articles, maps, photographs and illustrations in this Atlas provide an important critical geography of migration policies. Perfect for journalists, activists, students of geopolitics at school or university, this Atlas seeks, above all, to give migrants a voice.

Migreurop is a network of organisations, activists and researchers. Their goal is to denounce the detention of foreigners in camps, thus contributing to defending the fundamental rights of exiles (including the right to "leave any country, including his own").