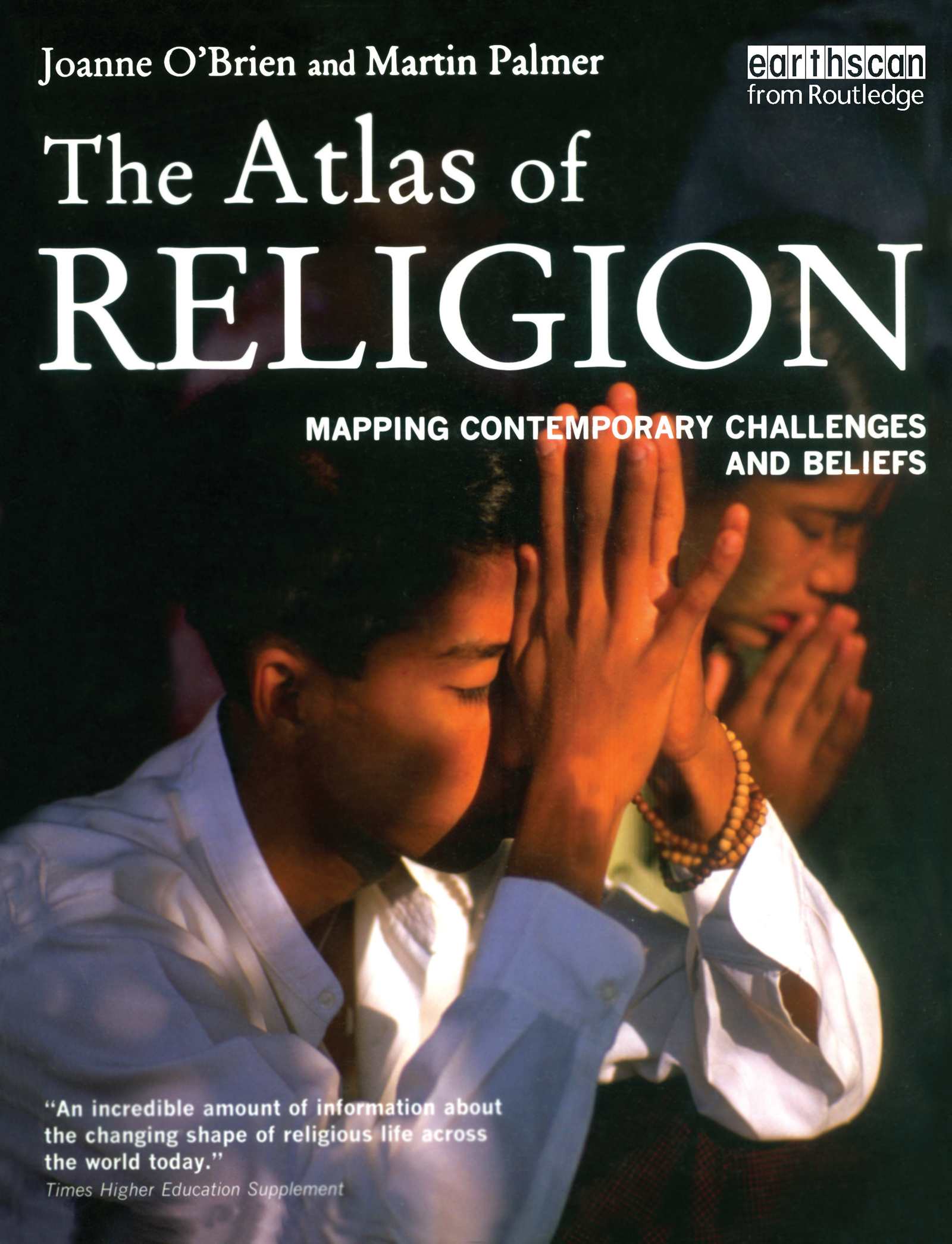 The Atlas of Religion

The world's religions have emerged as one of the great geopolitical forces shaping our lives. Understanding these beliefs is crucial to understanding ethnic tension and the clash of cultures, as well as being fundamental to world peace. Even where people have moved away from formal religious practices, the legacies of traditional beliefs continue to inform their sense of self, and their values and customs. This atlas maps the impact of major world religions, their divisions and contemporary challenges. It shows, country by country, how religions spread their influence through broadcasting, missionary work, education and banking; how they relate to governments; how they help to alleviate the effect of poverty; and the role they play in conflict. The atlas covers a wide range of topics including

Plus the book includes an essential reference table on the fundamental beliefs of Buddhism, Christianity, Daoism, Hinduism, Islam, Judaism and Sikhism.

'A comprehensive, reliable and useful picture of the state of religion in our world today….Deserves a wide welcome.' Times Higher Education Supplement

'An incredible amount of information about the changing shape of religious life across the world today.' World Council of Churches

'Revising and expanding their 1994 publication, The State of Religion Atlas (S. & S.), O'Brien (Chinese Myths and Legends) and Palmer (The Jesus Sutras) offer a fascinating and thoroughgoing snapshot of the world religions' contemporary dispersion, sociopolitical complexities, and global impact. In more than 30 maps and diagrams, the atlas identifies fundamental religious characteristics and presents each religion's location and density within political boundaries. It also addresses many relevant but ancillary issues, such as geographically determined religious fault lines. Easy-to-read charts and strong use of color expedite comprehension. Highly recommended for public libraries and collections focusing on religion, political science, and cultural studies.' Library Journal

'The Atlas of Religion in which Palmer collaborates with Joanne O'Brien, in many ways supports the themes in Faith In Conservation and highlights the potential faith in groups for massive positive change. It is a unique collection of material described as 'religious data' which could be invaluable to researchers and writers in academia and the media. If one wants to know more about Christian Finance, Ethical Investment, Islamic Banking, the involvement of religious groups in environomental protection, the Atlas of Religon is the reference point.' The Muslim World Book Review

'For essential background there is a table on the core beliefs of Buddhism,Christianity, Hinduism, Islam, Judaism, Sikhism and Taoism. Section introductions, notes, sources andtables provide more in-depth information for teachers and older students… A thought-provoking, readily accessible and visually appealing resource which will support many aspects of RE.' REtoday

Joanne O'Brien and Martin Palmer are advisers for the International Consultancy on Religion, Education and Culture (ICOREC), based in Manchester, UK. They are consultants to WWF, The World Bank, the World Council of Churches, UNESCO and UNDP. ICOREC's environmental programme with religion is supported by The Ford Foundation, The Mott Foundation and The Getty Foundation.