The Balkans and the West
Constructing the European Other, 1945–2003 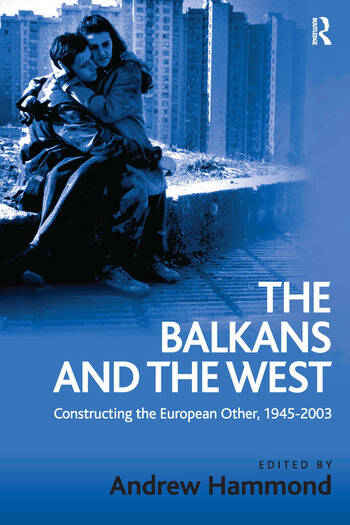 The Balkans and the West: Constructing the European Other, 1945–2003

This collection of essays locates, investigates and challenges the manner in which the Balkans and the West have constructed each other since 1945. Scholars from the two sections of the continent explore a wide range of fiction, film, journalism, travel writing and diplomatic records both to analyse Western European balkanism and to study Balkan representations of the West over the last fifty years. The first section looks back to the Cold War, examining the divergent, often favourable images of the Balkans that existed in Western culture, as well as the variety of responses that appeared in South-East European writings on the West. The second section analyses the transitions that took place in representation during the 1990s. Here, contributors explore both the harsh denigration of the Balkans which came to dominate western discourse after the initial euphoria of 1989, and the emerging tradition of contesting Western balkanism in South-East European cultural production. Through this dual emphasis, the volume exposes the representational practices that help to maintain a deeply divided Europe, and challenges the economic and political injustices that result. Despite the rise to prominence of postcolonial theory, with its awareness of global inequality, the current crises in many parts of South-East Europe have received scant attention in literary and cultural studies. The Balkans and the West addresses this deficiency. Ranging in focus from Serbian cinema to Romanian travel literature, from Western economic writings to Yugoslav fiction, and from public discourse in Albania to NATO's vast propaganda machine, the essays offer wide insight into representation and power in the contemporary European context.

Contents: Introduction, Andrew Hammond; Britain and the Yugoslav general election of November 1945, Jim Evans; Primitivism and the modern: a prolonged misunderstanding, Felicity Rosslyn; The rhetoric of economics: Cold War representation of development in the Balkans, Michael Haynes; 'The red threat': Cold War rhetoric and the British novel, Andrew Hammond; Seeing red: America and its allies through the eyes of Enver Hoxha, Timothy Less; Paradoxes of occidentalism: on travel literature in Ceausescu's Romania, Alex Drace-Francis; Images of the west in Serbian and Croatian prose fiction, 1945-95, Celia Hawkesworth; Western writing and the (re)construction of the Balkans after 1989: the Bulgarian case, Yonka Krasteva; Albanians, Albanianism and the strategic subversion of stereotypes, Stephanie Schwandner-Sievers; Albania after isolation: the transformation of public perceptions of the west, Fatos Lubonja; Between a Balkan 'home' and the 'west': popular conceptions of the west in Bulgaria after 1945, Galia I. Valtchinova; MiloÅ¡evic, Serbia and the west during the Yugoslav wars 1991-95, Tom Gallagher; Savage tribes and mystic feuds: western foreign policy statement on Bosnia in the early 1990s, Riikka Kuusisto; The Balkans conflict and the emergence of the information operations doctrine, Philip M. Taylor; War in the hall of mirrors: NATO bombing and Serbian cinema, Nevena Dakovic; Bibliography; Index.

Andrew Hammond is a lecturer in twentieth-century literature at the Swansea Institute, University of Wales, UK

'These essays are a valuable source for a variety of disciplines and area studies, including anthropology, communication arts, literary and cultural studies, history and political science, as well as East European studies, global studies, and British and American studies.' Slavic Review 'The diachronic structure of the volume allows the reader to trace down the tendencies reemerging in contemporary rhetoric, while the interdisciplinary approach helps to tie the shift in conceptualization produced by art to political and social changes... the collection [is] a comprehensive and enriching read not only for Balkanists, but also for a wider audience of Slavists.' Slavic and East European Journal