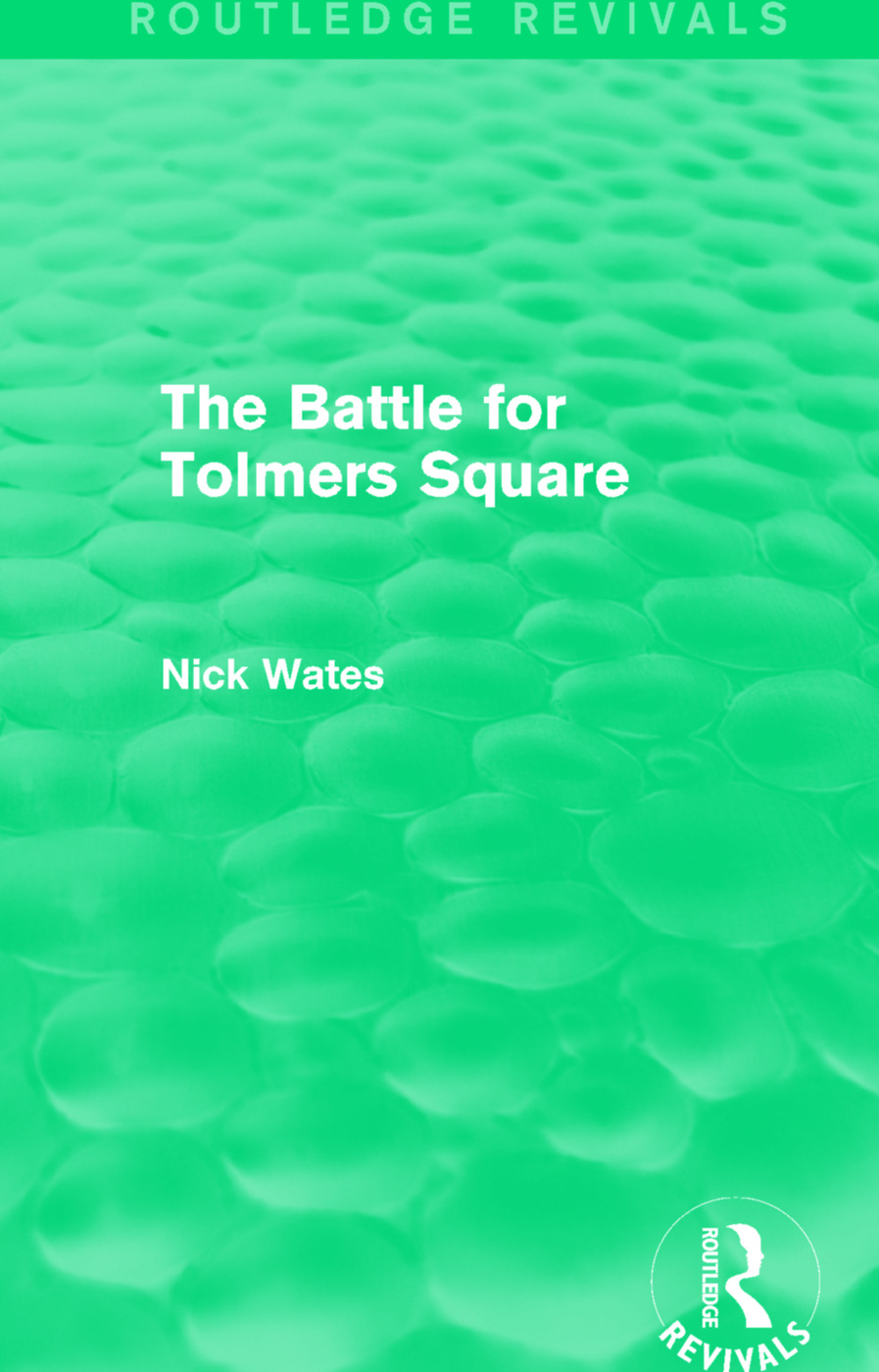 First published in 1976, this book tells of the dramatic struggle between tenants’ groups, community associations, students, squatters, intellectuals, political parties, and property developers at Tolmers Square in north London. The author describes how property developers, interested only in maximising profits, attempted to redevelop the Tolmers area for offices, while the local authority, pressurised by local tenants and faced with a housing shortage, tried to redevelop for housing. This book is about the politics of central city redevelopment.

Although this text focuses on one particular case study, the same processes operate in all cities where land is used as a commodity for financial speculation. By tracing the Tolmers case in detail, this text demonstrates the forces which operate in city redevelopment, and shows the affect which various forms of opposition can have.

‘The book is alive with the furious emotion that Tolmers Square did – and still does – inspire in everyone involved… a fascinating tale.’ - Liz Forgan, Times Educational Supplement, 15 October 1976

‘A story of great importance precisely because in its essentials it could be repeated for scores of other inner city areas…. An essential piece of reading for all those trying to change the features of incredible waste and gross inhumanity characterising so many of our inner-city areas.’ - Ann Holmes, Labour Weekly, 19 November 1976

‘An impassioned account…laid out in an ingenious format which owes something to documentary film….The language of thrillers applies to it: it was, indeed, hard to put down.’ - Richard North, The Listener, 25 November 1976

‘The great strength of the book is the remorseless detail of its account of the developer's tactics, of the fitful politics of the residents resistance, and of what it is like to be on the receiving end of major redevelopment… An excellent source book.’ - Michael Edwards, Architectural Design, January 1977

Introduction; 1. Conflict of interest 2. The first attack 3. Die slowly, you’ll enjoy it more 4. Forced into a deal 5. Claudius to the rescue 6. The ‘stop the levy deal’ campaign 7. Don’t let them do it to us 8. Squatting 9. Council take control… 10. …or do they? Appendix- A little local history; Maps and diagrams