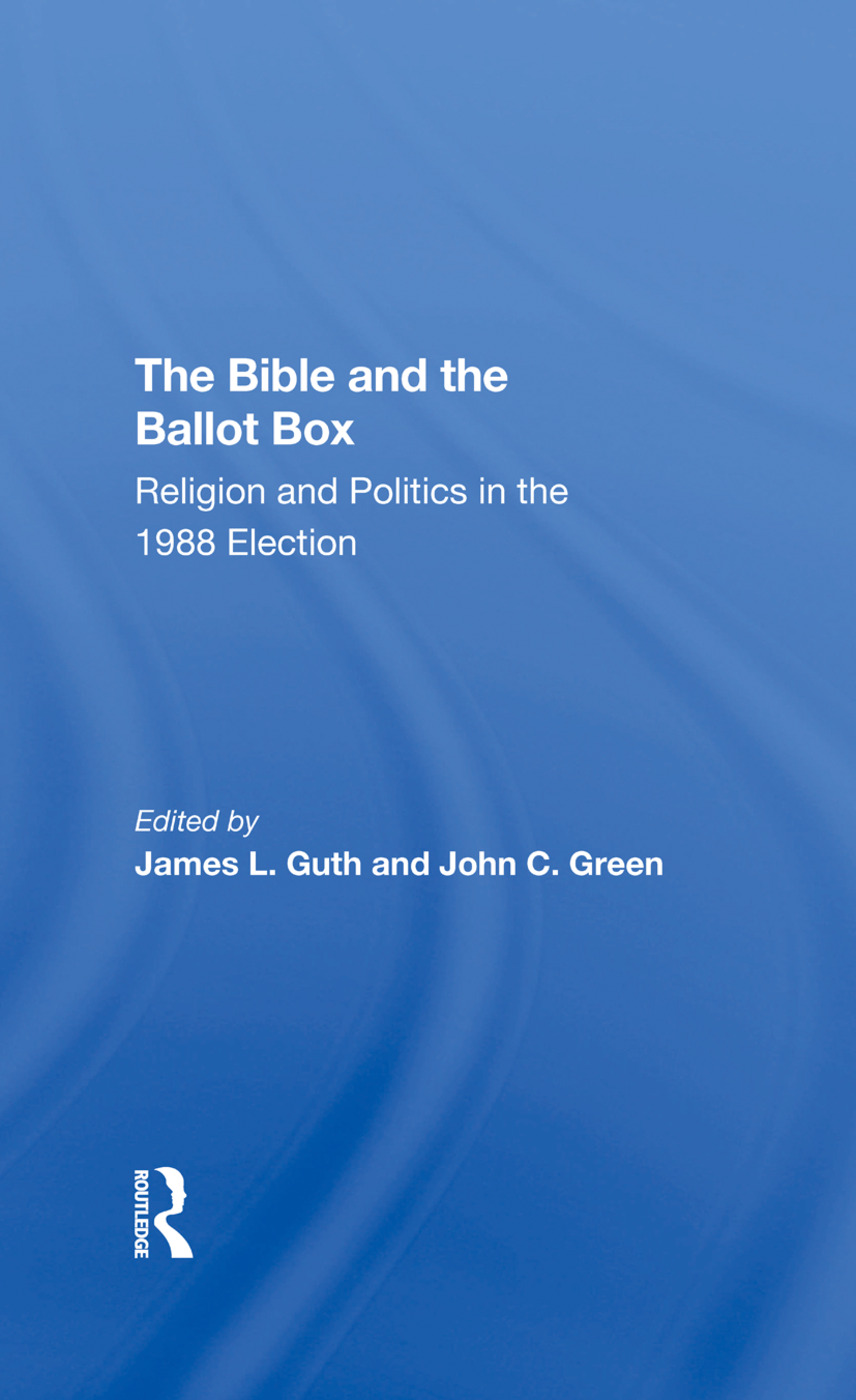 The Bible And The Ballot Box

Religion And Politics In The 1988 Election, 1st Edition

The 1988 elections abruptly brought the importance of religion in American politics into sharp focus. Two ministers, Pat Robertson and Jesse Jackson, sought their party's presidential nominations by mobilizing key religious constituencies. In addition, a host of other religious groups, from the Catholic bishops to the Jewish community, sought to influence the election outcome. More than ever, religion was a critical factor in the ballots cast by millions of Americans. As the twentieth century draws to a close, it is clear that religion will continue to be a powerful factor in electoral politics. This volume investigates the many ways religion influenced electoral politics in 1988, tracing the links between elites, activists, and voters in the major religious traditions. Special attention is paid to the leaders of Protestant, Catholic, and Jewish organizations; to important sets of activists, such as ministers, party leaders, and campaign contributors; and to the behavior of key voting blocs, including white evangelical and mainline Protestants, black Protestants, Catholics, and Jews.

"James L. Guth is professor of political science at Furman University, where he chairs the Department of Political Science. He has published extensively on interest groups, campaign finance, and religion and politics and is best known for his research on the politics of the Southern Baptist clergy. John C. Green is associate professor of political science and director of the Ray C. Bliss Institute of Applied Politics at the University of Akron. His research interests include campaign finance and religion and politics."