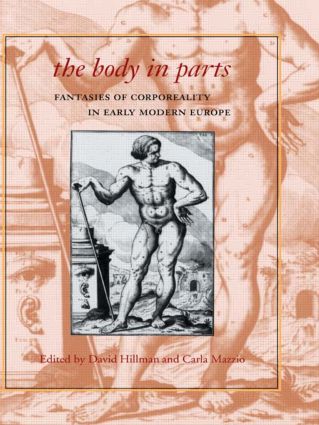 The Body in Parts

An examination of how the body--its organs, limbs, and viscera--were represented in the literature and culture of early modern Europe. This provocative volume demonstrates, the symbolism of body parts challenge our assumptions about "the body" as a fundamental Renaissance image of self, society, and nation.

"…these essays are incredibly learned, filled with analyses of anatomical treatises, ancient medical encyclopedias and commentaries on scripture." -- The New York Times

"The Body in Parts is a must-read not only for those interested in the culture of early modern Europe, but for anyone interested in thinking about the modern and post-modern body as well. Its claims for the importance of the body and its discourses for understanding the literary, scientific, political and religious culture of early modern Europe are persuasive and its range--literally from head to toe--and learning admirable. A significant contribution to ongoing work on gender, sexuality and the body." -- Karen Newman, Brown University

"The Body in Parts expands the knowledge of this crucial period of history through the exploration of the social, symbolic, and scientific fragmentation of the body, This book will appeal to scholars interested in literature, history, art, and development of scientific knowledge in the early modern era." -- Sixteenth Century Journal

Carla Mazzio and David Hillman are both Teaching Fellows in the Department of English at Harvard.