The British Empire and the First World War 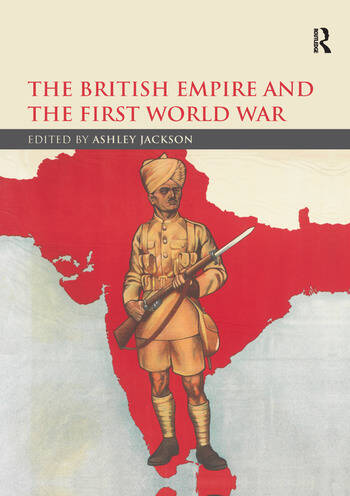 The British Empire and the First World War

The British Empire played a crucial part in the First World War, supplying hundreds of thousands of soldiers and labourers as well as a range of essential resources, from foodstuffs to minerals, mules, and munitions. In turn, many imperial territories were deeply affected by wartime phenomena, such as inflation, food shortages, combat, and the presence of large numbers of foreign troops.

This collection offers a comprehensive selection of essays illuminating the extent of the Empire’s war contribution and experience, and the richness of scholarly research on the subject. Whether supporting British military operations, aiding the British imperial economy, or experiencing significant wartime effects on the home fronts of the Empire, the war had a profound impact on the colonies and their people.

The chapters in this volume were originally published in Australian Historical Studies, The Journal of Imperial and Commonwealth History, First World War Studies or The Round Table: The Commonwealth Journal of International Affairs.

2. The First World War as a global war Hew Strachan

3. Sir Charles Lucas and The Empire at War Ashley Jackson

Part I: War on Imperial Frontiers

7. From defeat to victory: logistics of the campaign in Mesopotamia, 1914–1918 Kaushik Roy

9. Marching to the Beat of an Imperial Drum: Contextualising Australia’s Military Effort During the First World War Rhys Crawley

12. Norman Lindsay and the ‘Asianisation’ of the German Soldier in Australia during the First World War Emily Robertson

14. The War Munitions Supply Company of Western Australia and the Popular Movement to Manufacture Artillery Ammunition in the British Empire in the First World War John S. Connor

15. The expatriate firms and the Colonial economy of Nigeria in the First World War Peter J. Yearwood

16. The influence of racial attitudes on British policy towards India during the First World War Gregory Martin

18. ‘You will not be going to this war’: the rejected volunteers of the First Contingent of the Canadian Expeditionary Force Nic Clarke

20. ‘Accurate to the Point of Mania’: Eyewitness Testimony and Memory Making in Australia’s Official Paintings of the First World War Margaret Hutchison

22. The Prisoner Dilemma: Britain, Germany, and the Repatriation of Indian Prisoners of War Andrew Tait Jarboe

23. ‘All in the Same Uniform’? The Participation of Black Colonial Residents in the British Armed Forces in the First World War Jacqueline Jenkinson

24. Australian and New Zealand fathers and sons during the Great War: expanding the histories of families at war Kathryn M. Hunter

Ashley Jackson is Professor of Imperial and Military History at King’s College London, UK, and a Visiting Fellow at Kellogg College, Oxford University, UK. He is the author of numerous books on British imperial history, including The British Empire and the Second World War and The British Empire: A Very Short Introduction.