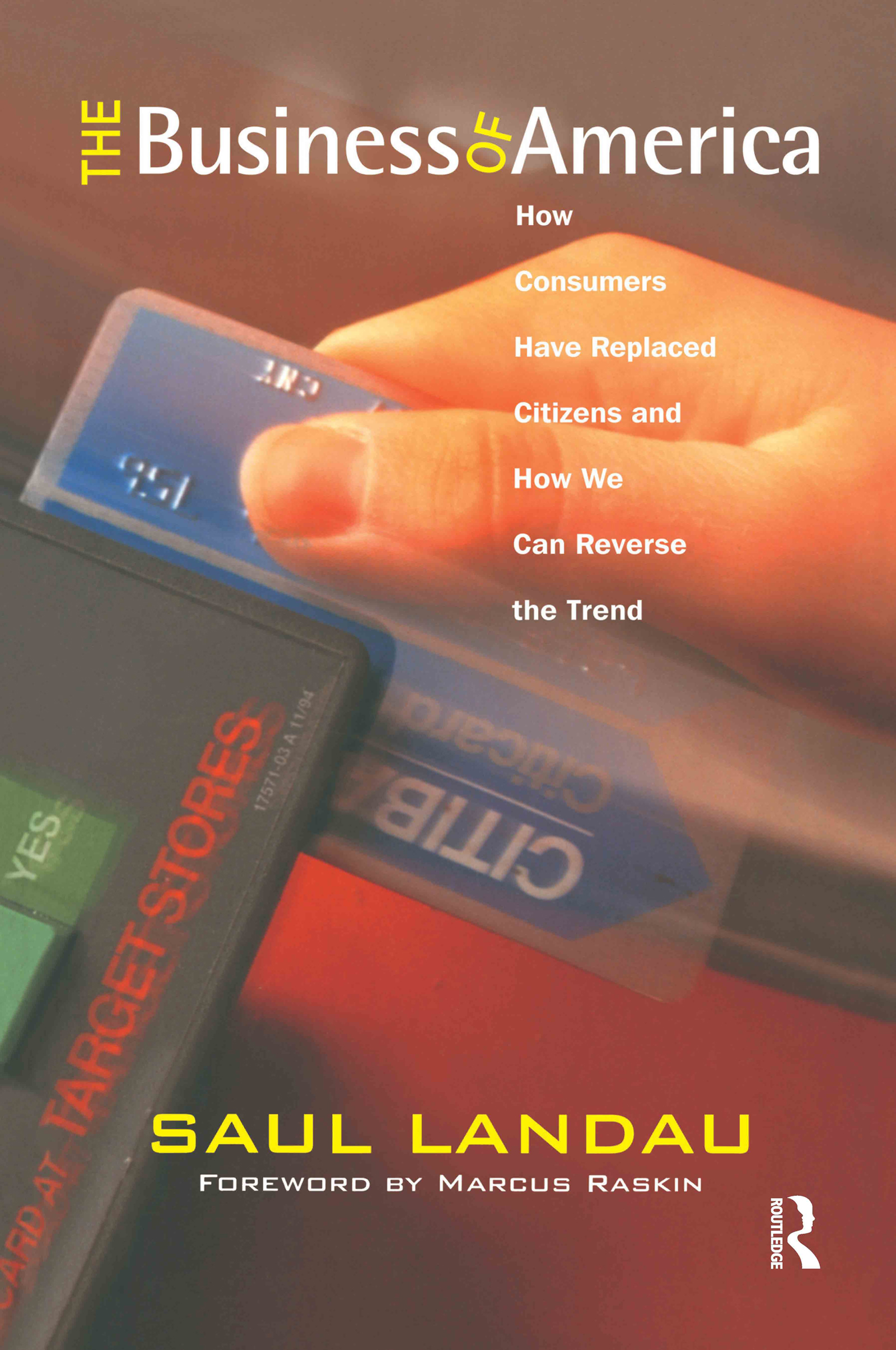 The Business of America

How Consumers Have Replaced Citizens and How We Can Reverse the Trend, 1st Edition

First published in 2004. Routledge is an imprint of Taylor & Francis, an informa company.

"The credit card has gradually replaced the voter registration card as a key symbol of civic involvement. Saul Landau takes a fresh and valuable look at how and why -- and what we can do about it. Against the mass-media grain, this book refutes the inevitability of corporate consciousness. Readers will find in Landau's writing an incisive analytical approach combined with an uplifting spirit

"Papers critically examine the vision of President George W. Bush; the national security culture; media in the twenty-first century; some environmental issues; and the Iraqu conundrum." -- Journal of Economic Literature

Saul Landau, an internationally-known scholar, author, commentator, and filmmaker, is the Director of Digital Media Programs and International Outreach at California State Polytechnic University, Pomona. He has made 40 films, including the recent Syria: Between Iraq and a Hard Place. He received the Letelier-Moffitt Human Rights Award, the George Polk Award for Investigative Reporting, and the First Amendment Award, as well as an Emmy for Paul Jacobs and the Nuclear Gang. He has written fourteen books including his most recent, The Pre-emptive Empire: A Guide to Bush's Kingdom, and received an Edgar Allen Poe Award for Assassination on Embassy Row, a report on the murder of Orlando Letelier. He is currently working on a detective novel.

Pathways Through the Twenty-First Century