The China-Japan Conflict over the Senkaku/Diaoyu Islands
Useful Rivalry 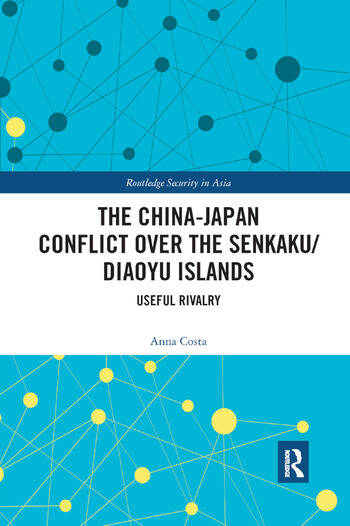 The China-Japan Conflict over the Senkaku/Diaoyu Islands: Useful Rivalry

This book examines the foreign and security policies adopted by China and Japan since the 1970s in their competition over the Senkaku/Diaoyu Islands in the East China Sea.  It charts the development of a dispute that has become a potential flashpoint for conflict between the two countries. The book explains that while increasing nationalism in both China and Japan helps to fuel and sustain the dispute, a key factor is that the leaderships in both countries find competition over the islands to be a convenient vehicle supporting their wider approach to foreign and security policy, which is becoming increasingly assertive and potentially belligerent.

The dispute: what it is and why it matters

An expression of competitive politics in East Asia

Mining data on the dispute

The US official position

A focus on nationalism

Economic value of the islands: EEZ and resource exploitation

Strategic value of the islands

The islands and Japan’s shift towards greater activism

CHAPTER FOUR: The Cold War Phase of the Dispute

1970s—Scrambling for oil or global recognition?

The islands and the reversion of Okinawa (1971)

The islands, diplomatic normalisation (1972) and the Treaty of Peace and Friendship (1978)

Analysis: the islands are neither a priority, nor are they in reach

The islands, US ambivalence and the Taiwan issue

The islands and peripheral Chinese nationalism

1980s: Bilateral tensions and quiet around the islands

CHAPTER FIVE: The Post-Cold War Phase of the Dispute

1990 and 1996 cycles of the islands crisis: bilateral restraint