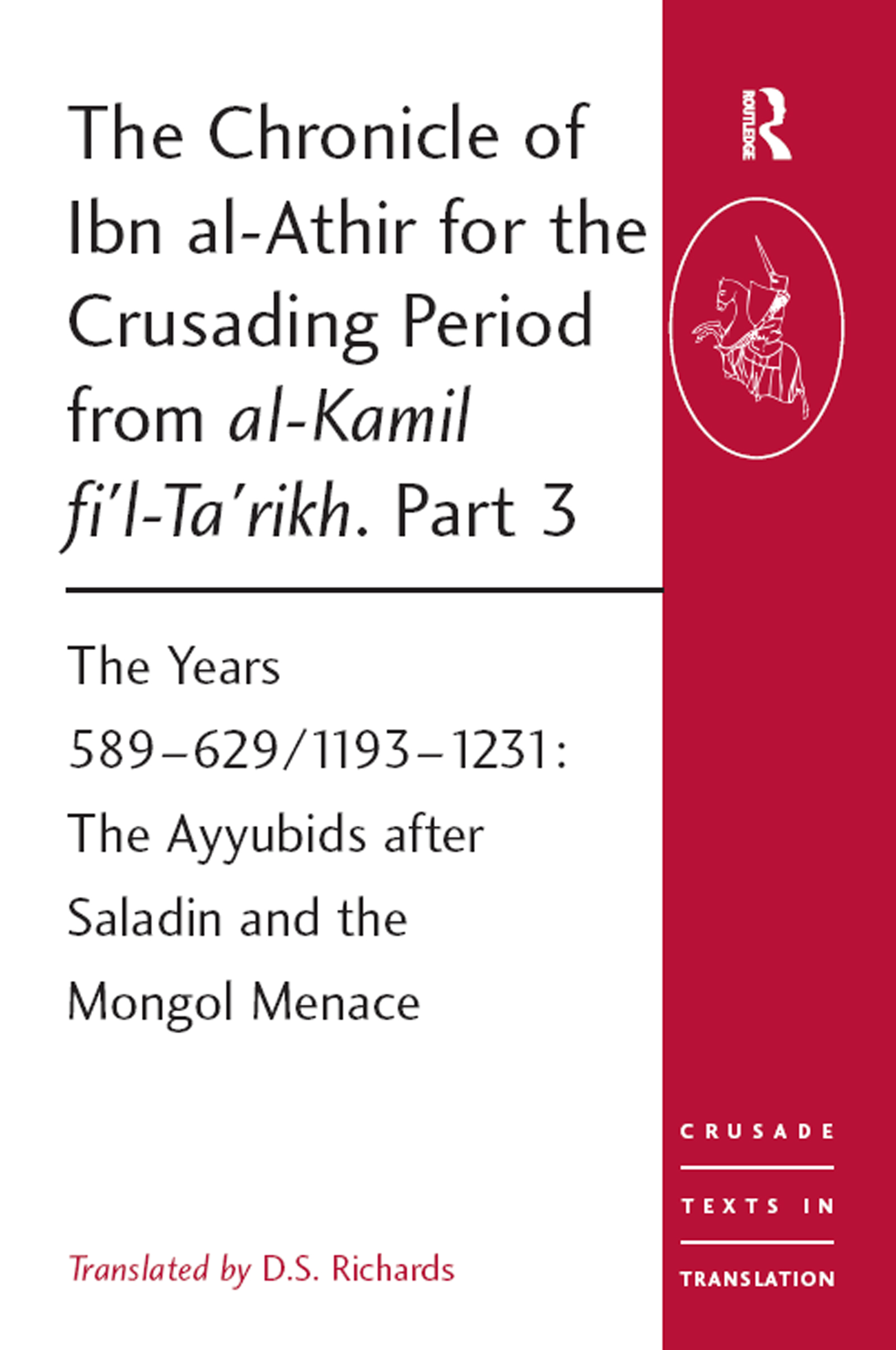 The Chronicle of Ibn al-Athir for the Crusading Period from al-Kamil fi'l-Ta'rikh. Part 3

The Chronicle of Ibn al-Athir (1160-1233AD), entitled "al-Kamil fi'l-Ta'rikh", is one of the outstanding sources for the history of the mediaeval world. It covers the whole sweep of Islamic history almost up to the death of its author and, with the sources available to him, he attempted to embrace the widest geographical spread; events in Iraq, Iran and further East run in counterpoint with those involving North Africa and Spain. From the time of the arrival of the Crusaders in the Levant, their activities and the Muslim response become the focus of the work. A significant portion of this third part deals with the internal rivalries of the Ayyubid successors of Saladin, their changing relations with the Crusader states and in particular the events of the Damietta Crusade. As always, these events are portrayed against the wider background, with considerable emphasis on events in the eastern Islamic world, the fortunes of the Khwarazm Shahs and the first incursions of the Mongols.

’Richards' translation of the Arabic text is clear and engaging, permitting easy access to the wealth of material provided by Ibn al- AthÃ®r. In its present form, this volume will be welcomed by scholars who work on the crusading period, or are interested in the complex political relationships across the broader Near East during the late twelfth and early thirteenth centuries. The text will also be invaluable for military historians who will find a treasure trove of material concerning warfare. Of particular importance in this context is Ibn al-AthÃ®r's emphasis on the capture and defense of fortifications, and particularly fortified cities, as crucial to territorial conquest. … The text also can be a valuable addition to undergraduate and graduate courses on the crusades, medieval surveys, and even western and world civilization surveys.’ The Medieval Review ’The al-Kamil fi'l-Ta'rikh is a remarkable achievement and the present translation into English is long overdue and most welcome. … D S Richards' highly readable translation opens up a period of history which had a global impact.’ Bulletin of the School of Oriental and African Studies

D.S. Richards is retired as lecturer in Arabic at the Oriental Institute, and is emeritus fellow of St Cross College, University of Oxford, UK.