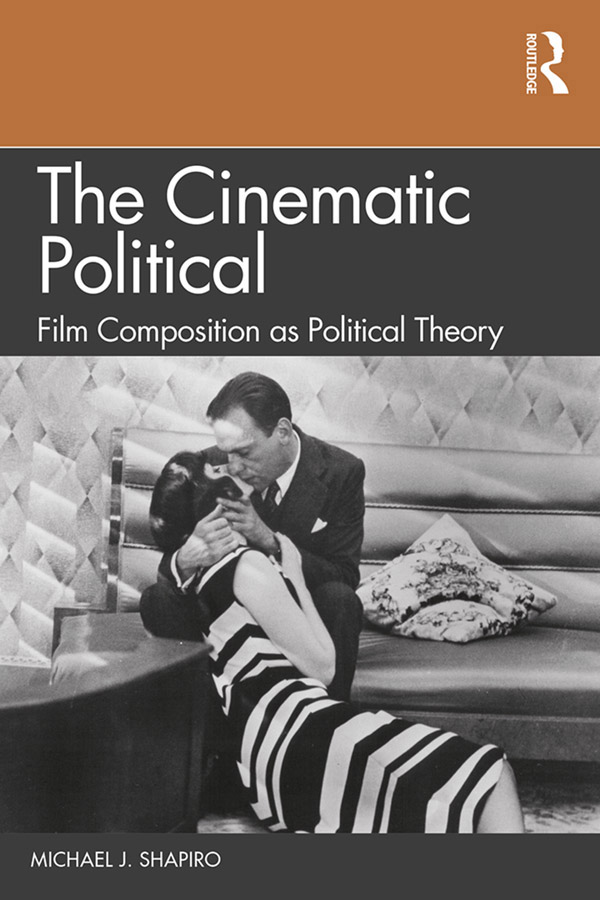 In this book, Michael J. Shapiro stages a series of pedagogical encounters between political theory, represented as a compositional challenge, and cinematic texts, emphasizing how to achieve an effective research paper/essay by heeding the compositional strategies of films. The text’s distinctiveness is its focus on the intermediation between two textual genres. It is aimed at providing both a conceptual introduction to the politics of aesthetics and a guide to writing strategies. In its illustrations of encounters between political theory and cinema, the book’s critical edge is its emphasis on how to intervene in cinematic texts with innovative conceptual frames in ways that challenge dominant understandings of life worlds.

is designed as a teaching resource that introduces students to the relationship between film form and political thinking. With diverse illustrative investigations, the book instructs students on how to watch films with an eye toward writing a research paper in which a film (or set of films) constitutes the textual vehicle for political theorizing.

"The book is an excellent continuum of Shapiro’s path breaking work on the relationship between political theory and film from his pivotal works, Cinematic Political Thought and Cinematic Geopolitics. Conceptually and methodologically this book is deepening and enhancing his approach of cinematic thinking in terms of advising the reader on, as he says, the ‘how to’ of relating political theory with cinema as epitomized in his cinematic writing style that problematizes the way we think about and view films." — Ian Fraser, Senior Lecturer in Politics, Loughborough University, UK

"Thanks to digital social media, we are all movie-makers now with global audiences. In this book, Michael J. Shapiro links the grammar of moving images to theorizing about politics in an authoritative and accessible way." — Terrell Carver, Professor of Political Theory, University of Bristol, UK

"This superb new book insightfully reimagines cinema as a vehicle for 'doing critically oriented political theory.' Much as Hayden White famously helped us to understand how the story of history is narrated (when written or when filmed), here Shapiro brilliantly illuminates how films can compose political theory. In this masterful, mature work, drawing on all his experience, his remarkable intellectual prowess fully in evidence, Shapiro gives political theory a vibrant cinematic dimension. The diverse examples provide accessible entrances for all readers—from Adam Smith to Deleuze and Guattari, from Bertolucci’s The Conformist to The Cats of Mirikitani, Sleep Dealer and Miss Bala via Hoop Dreams. Most pertinently, the work’s exploration of fascism has a stark relevance, if not warning, for our time." — Professor David Martin-Jones, Film and Television Studies, University of Glasgow, UK

2. Toward a Politics of Now-Time: Reading Hoop Dreams with Kubrick's Barry Lyndon

7. The Phenomenology of the Cinema Experience

Michael J. Shapiro is Professor of Political Science at the University of Hawai'i, Manoa. Among his recent publications are Politics and Time: Documenting the Event (2016); Deforming American Political Thought, 2nd edition (Routledge, 2016); The Political Sublime (2018); and Punctuations: How the Arts Think the Political (2019).