The Collaborative Art of Filmmaking
From Script to Screen 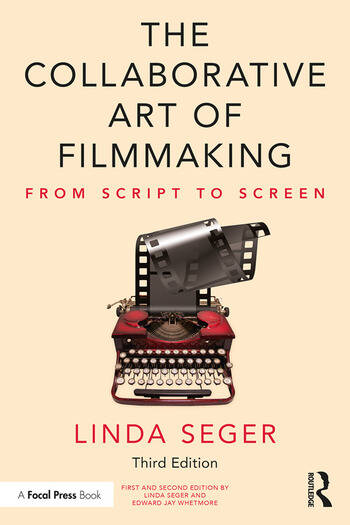 The Collaborative Art of Filmmaking: From Script to Screen

The Collaborative Art of Filmmaking: From Script to Screen explores what goes into the making of Hollywood’s greatest motion pictures. Join veteran script consultant Linda Seger as she examines contemporary and classic screenplays on their perilous journey from script to screen. This fully revised and updated edition includes interviews with over 80 well-known artists in their fields including writers, producers, directors, actors, editors, composers, and production designers. Their discussions about the art and craft of filmmaking – including how and why they make their decisions – provides filmmaking and screenwriting students and professionals with the ultimate guide to creating the best possible "blueprint" for a film and to also fully understand the artistic and technical decisions being made by all those involved in the process.

Linda Seger is the author of fifteen books (many spanning several editions and numerous foreign translations). Nine of these books are on screenwriting and filmmaking, including the best-selling Making a Good Script Great, Creating Unforgettable Characters, and Writing Subtext. She has consulted on over 2,000 scripts including over 50 produced feature films and over 35 produced television projects, and has given seminars in over 30 countries around the world.

"A very thorough and fascinating look at the whole filmmaking process - the art and the craft. Highly readable and interesting for filmmakers or beginners with a special emphasis on the power of collaboration. A well researched insider’s guide - like taking the hand of accomplished filmmakers and learning from the best."

"An invaluable overview of how movies are made, from script through release, brought to life through revealing interviews with the people involved, including producers, writers, directors, and the many artists behind and in front of the camera."

Praise for the Previous Editions:

"This book does an excellent job of clarifying and defining the often misunderstood role of the producer in the filmmaking process. Lively and well written, it’s a unique resource for film professionals and movie buffs alike. We need more books like it."

"Insightful, instructive and a great read to boot."

"A classic of its kind. Readers are unlikely to ever see the movies in quite the same way again."

"A treasure trove full of insight and inspiration that every writer will cherish. I couldn’t put it down."


"This book unites us all in the context of our common goal: to put the best possible story up on the screen."