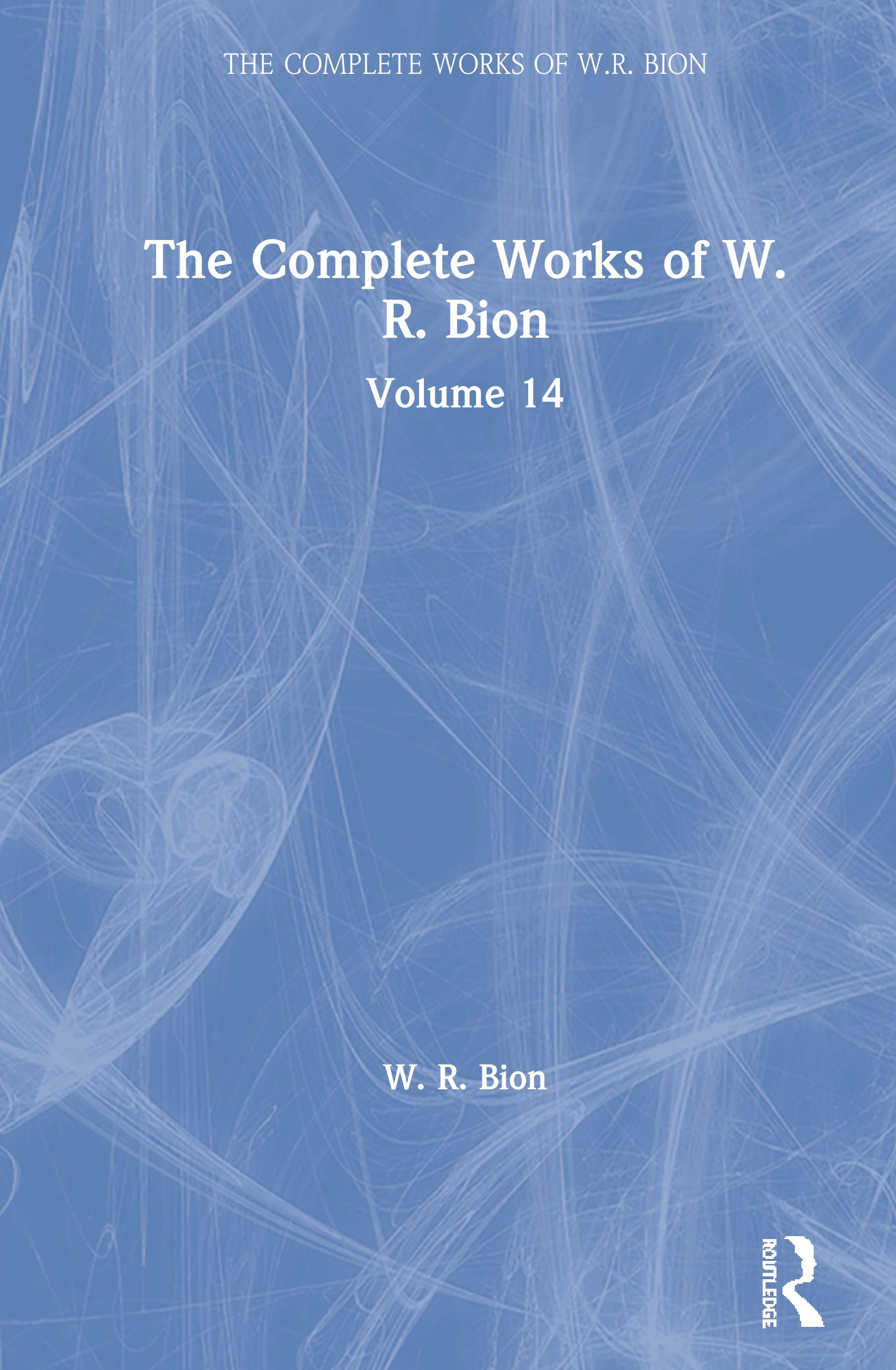 The Complete Works of W.R. Bion

The Complete Works of W. R. Bion is now available in a coherent and corrected format. Comprising sixteen volumes bound in green cloth, this edition has been brought together and edited by Chris Mawson with the assistance of Francesca Bion.

The Complete Works of W.R. Bion

The Complete Works of W. R. Bion is now available in a coherent and corrected format. Comprising sixteen volumes, this edition has been brought together and edited by Chris Mawson with the assistance of Francesca Bion.

Incorporating many corrections to previously published works, it also features previously unpublished papers. Including a general index and editorial introductions to all the works, these volumes will be a useful and valuable aid to psychoanalytic scholars and clinicians, and all those interested in studying and making use of Bion's thinking.

Bion's writings, including the previously unpublished papers and additions to his Cogitations, collected together in the Complete Works, show that the clinical thrust of Bion's work has clear lines of continuity with that of Melanie Klein, just as her work has an essential continuity with the later work of Freud. In Bion's clinical work and supervision the goal remains insightful understanding of psychic reality through a disciplined experiencing of the transference and countertransference; the setting and the method - however much Bion's terminology might suggest otherwise - remains rigorously psychoanalytic.