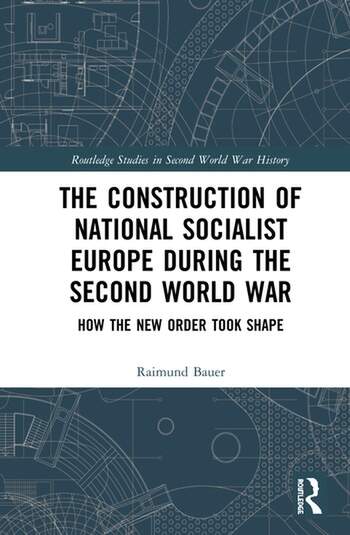 The Construction of a National Socialist Europe during the Second World War: How the New Order Took Shape

Throughout the Second World War, the term ‘Europe’ featured prominently in National Socialist rhetoric. This book reconstructs what Europe stood for in National Socialist Germany, analyses how the interplay of its defining elements changed dependent on the war, and shows that the new European order was neither an empty phrase born out of propaganda, nor was it anti-European. Tying in with long-standing traditions of German European, völkisch, and economic thinking, imaginations of a New Order became a central category in contemporary political and economic decision-making processes, justifying cooperation as well as exploitation, violence, and murder.

Part I: Dreaming of a New Order – Imaginations of Europe’s Future during the Interwar Period

3. The Dream Takes Shape – German Notions of Europe on the Eve of the War

Part III: Creating a New Order – From Imagination to Reality in the Crucible of War

1. From Unlimited Possibilities to the Exigencies of War – State Actors and the New Order

2. From European Expansion to Reorientation – Economic Actors and the New Order

holds a master’s degree in Economic and Social History, Modern History and Political Sciences from the University of Mannheim and received his PhD from the Department of Politics, History, and International Relations at Loughborough University. His research interests and his publications focus on the intersections of ideas, politics, and economics in the modern history of Germany and Europe.