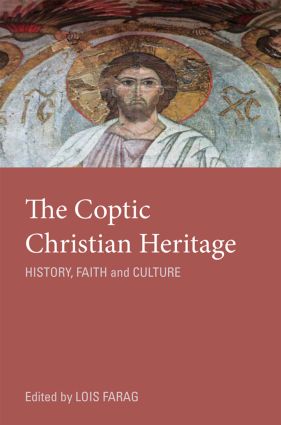 This book offers a comprehensive introduction to the heritage of Coptic Christians. The contributors combine academic expertise with intimate and practical knowledge of the Coptic Orthodox Church and Coptic heritage. The chapters explore historical, cultural, literary and material aspects, including:

Students will find The Coptic Christian Heritage an invaluable introduction, whilst scholars will find its breadth provides a helpful context for specialised research.

"The Coptic Christian Heritage fills an urgent need for better information about and understanding of the history, culture, and spirituality of Coptic Christians. Lois Farag and her colleagues have created an invaluable resource for teachers, students, researchers, and general readers. By approaching Coptic Christianity without either doctrinal prejudice or Euro-centrism, this volume brings to life one of Christianity’s oldest and richest traditions."

"This carefully designed collection of essays offers a timely survey of Coptic Christian Egypt from its origins to the uprising of January 2011. Readers embark on a journey through the history of the church and its religious, literary, and artistic culture. Written by scholars from within the tradition, the volume furnishes a much needed, sympathetic introduction to an important and often overlooked branch of Christianity."